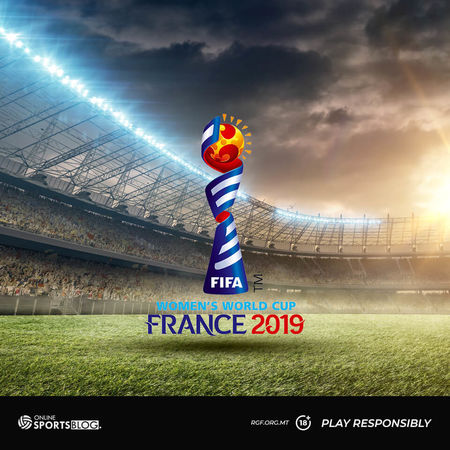 Nigeria and South Korea are two teams that are both in need of a win as both were blown out in their Group A opening match last week. South Korea fell to France in a 4-0 loss, while Nigeria was blanked 3-0 by Norway the following day.

Nigeria will take some positives from the Norway game with them managing ten shots on goal but only managed two on target and they also look set to be without defender Faith Michael after she was stretchered off in their opening match.

It's M A T C H D A Y! @NGSuper_Falcons continue their @FIFAWWC outing today in search of a first win against #KOR.

Both Nigerian and South Korea will be looking to bounce back on day 6 to keep their Round of  16 hopes alive.

South Korea ranks No. 14 in the world in the latest FIFA World Rankings, a position it’s held for three years. Nigeria, meanwhile, comes in at 38th. Nigeria took on France last June and was demolished 8-0.

The Koreans will need to be better with the ball after taking until the 70th minute to get a shot away against France but against much weaker opposition, they will look to put this performance behind them.

Ji is hugely popular at Chelsea, having won the Players’ Player and PFA Player of the Year in the 2014-15 season.

Germany and Spain have never played each other, meaning some history could be made in France. Germany, however, have a longer tradition of success at the Women’s World Cup after lifting the trophy in 2003 and 2007.

Both teams won their opening games and sit atop the Group B table, with Spain in first place on goal differential.

Our @DFB_Frauen are back in action! 💪

Game two in Group B sees our girls take on leaders Spain at 18:00 CEST 🇩🇪🇪🇸

Germany enters the FIFA Women’s World Cup 2019 as one of the favorites. They’re the No. 2 team in the current world FIFA rankings and had wins over quality sides like France and Sweden in their run of friendlies leading into the tournament.

Germany didn’t impress as expected in a slim 1-0 win over China and will be wary of the team that always looked to be their greatest threat to finishing first in the group.

Spain converted two penalties as they eased South Africa aside 3-1 in Le Havre, but they know they must win on Matchday 2 to stand a realistic chance of top of the order.

Jennifer Hermoso enhanced her reputation as one of Europe’s most feared strikers with two goals in Spain’s opening game win over South Africa.

The 29-year-old struck two penalties as the Spanish came from behind to avoid a surprise defeat to debutantes.

After wins in each of their opening FIFA Women’s World Cup matches, host nation France and Norway will meet in their second Group A fixture on Wednesday at the Allianz Riviera Stadium in Nice.

France had no issues in their first game against South Korea, as they were totally dominant in a 4-0 win at the Parc des Princes in Paris. It was a reminder that with the quality they have and a huge crowd behind them, Les Bleus will be hard to beat at this World Cup.

Norway may be without star striker Aga Hederberg, but they proved they have strength in depth when they coasted to a 3-0 win over Nigeria on Saturday.

Player to watch – France: At 6ft 1in, Renard towers above most of her opponents and if the delivery is right, she is likely to add to her impressive tally of two goals from one game.