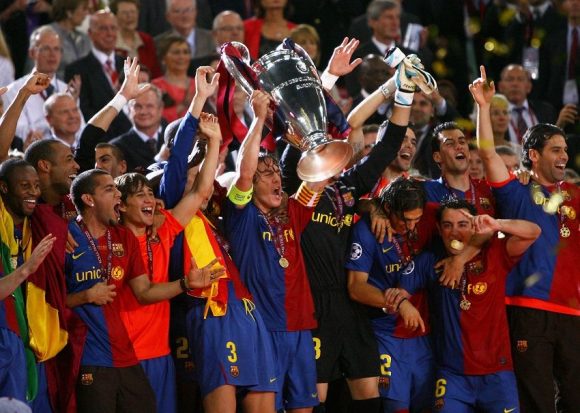 Domestic league football returns with a bang this weekend across the various European leagues after a two-week break from international qualifiers and friendlies.

Every club seeks to win trophies, as it serves as justification for all the hard work done over the season.

At the highest tier of European football’s hierarchy lies just a select number of clubs who are expected to always win every trophy they contest. However, for all the attempts made at winning all trophies available, only a few are capable to conquer every competition they participate in.

Winning a Treble – league, domestic cup, and continental competition is seen as the highest achievement of any team. This feat is so rare that only eight clubs throughout European footballing history have managed it.

Club giants such as Chelsea, Juventus AC Milan and even the great Real Madrid still seek this incredible milestone.

There are some clubs still in the running to achieve a treble this season. Here are the four clubs taking on the challenge and have a shot of winning the continental treble this term.

Porto are perennial participants in the Champions League but have not really made an impact in the latter stages since their surprise triumph in 2004.

They had earlier won the tournament in 1987 and completed a remarkable comeback victory to eliminate AS Roma in the last round.

Porto follow up their midweek Roma victory with a win at Feirense. 👌

How much of a force will they be in the #UCL quarter-finals? 🤔 pic.twitter.com/Sb1h3KDxw0

They have now been paired up with Premier League leaders Liverpool in the quarterfinals of the Champions League and would square up against the winner of the clash between Barcelona and Manchester United if they can successfully see of The Reds.

With such a difficult path against other European giants, one can see why Porto have never managed to get their hands on a treble.

Domestically, they currently sit in second place, tied on points with Benfica in first on the Primeira Liga table, while they also have a date with Braga in the semi-final of the Portuguese Cup.

They could have been on course for a quadruple, but they narrowly lost out in the Portuguese League Cup final on penalties to Sporting Lisbon in January.

Ajax are on the traditional teams in Europe having dominated the world of football in the 1970s and mid- 1990s.

Despite still retaining their knack for producing world-class talents, the financial disparity between them and the bigger clubs on the continent means that the Amsterdam outfit has constantly had to sell off its best players to remain competitive.

This has expectedly seen a downturn in performance. Although Ajax continue to dominate the Eredivisie (alongside PSV), they have fallen some way off the glory days of Johan Cruyff.

This season saw a marked improvement in their display on the continent, as they held their own impressively over two legs against Bayern Munich to progress to the knockout round for the first time since 2005.

In the round-of-16, they pulled off one of the biggest Champions League shocks of all time by eliminating three times defending champions Real Madrid in their backyard despite coming into the match with a deficit. 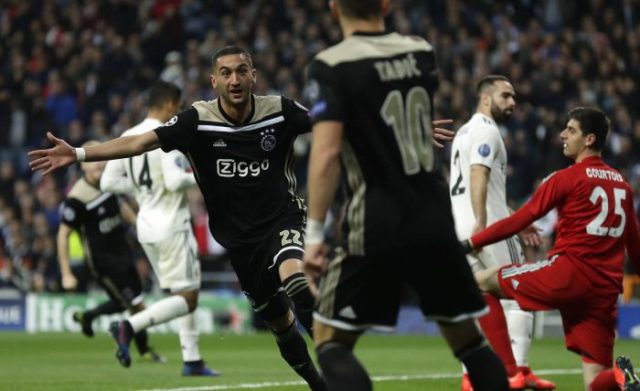 For their efforts, they have been paired with a Ronaldo inspired Juventus who pulled off a stunning comeback of their own to eliminate Atletico Madrid.

If Ajax’s fairytale run in the tournament could somehow continue beyond Juventus, then they would well fancy their chances of winning a second treble (to add to their 1972 triumph), as they currently sit second in the Eredivisie standings while they are also through to the final of the Dutch Cup.

Unlike the other clubs on this list who are traditional superpowers, Manchester City are very much the new kids on the block whose meteoric rise has been funded by the pocket of their billionaire owner.

Ever since his takeover in 2008, domestic and continental dominance has been sought, but while a couple of Premier League titles have been won, the Champions League still remains out of sight. 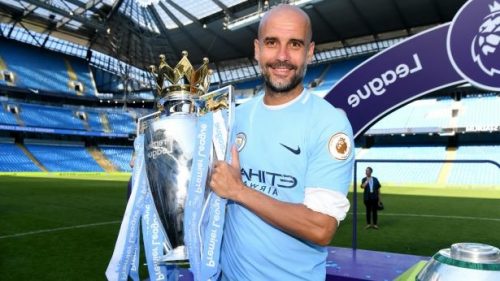 Having their European dreams dashed last season by Liverpool, City are once again on the march, holding the advantage in a very tense Premier League title race. They are also through to the semi-finals of the FA Cup and have been paired up with another English team, Tottenham Hotspurs, in the last eight of the UCL.

While The Cityzens would not be the first English team to achieve a treble (that honour belongs to their rivals United), they can go one further by becoming the first to win a quadruple and having triumphed in the League Cup already.

While many clubs would do anything to win just one treble, Barcelona have remarkably achieved this feat in two separate occasions – first in Guardiola’s maiden year of top-level management in 2009 (where they won all six trophies available) and again in 2015 (a total of five).

The Catalans are on course for a record-extending third treble this season as they currently hold a 10-point lead in LA Liga while they are also through to the final of the Copa Del Rey for the sixth consecutive time where they are billed to face Valencia in May. 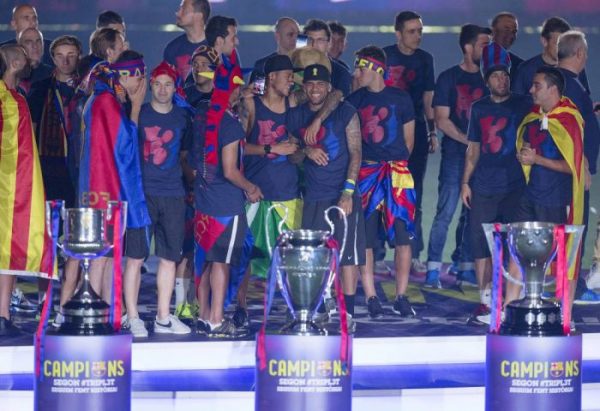 In the Champions League, a resurgent Manchester United lies between them and a first semi-final appearance since 2015.

AS usual, the Blaugrana’s charge on all fronts is being led by the ever-impressive Lionel Messi and if the 31-year-old continues with his devastating form, there could be no stopping Barcelona in their quest for a third treble.