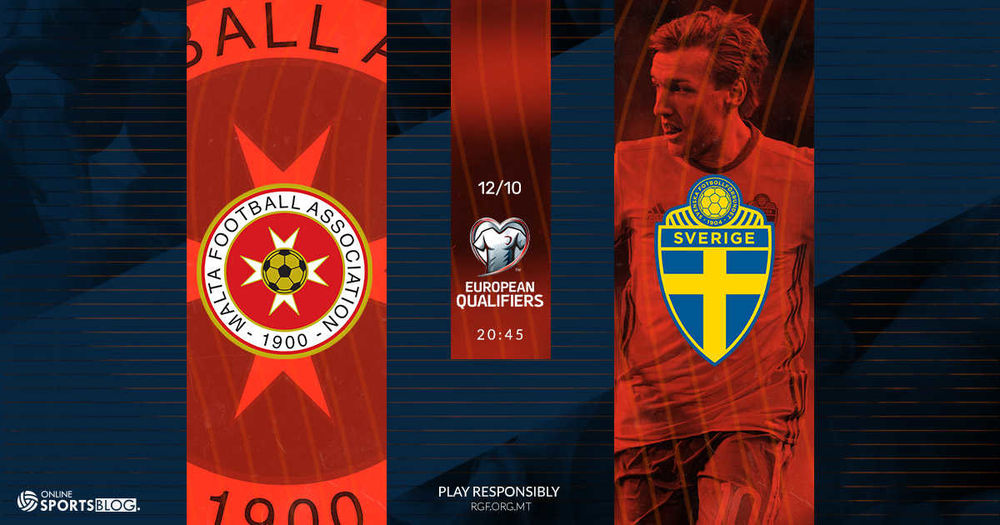 International football will return to Ta’ Qali Stadium on 12th October. It will be Malta’s seventh EURO 2020 Group F qualifier, and it follows after matches against Norway, and Romania.

Versus Sweden, Malta has lost 12 times, with no wins or draws recorded.

*Odds are subject to change. Find a full list of betting odds at Yobetit.com

MALTA SQUAD! 🇲🇹⚽️🙌 Here it is – the Malta squad for the upcoming EURO 2020 qualifiers against Sweden (H) and Faroe Islands (A)#UnitedForMaltaALL THE DETAILS HERE ➡️ https://bit.ly/2Ol116O

Malta kicked off their European Qualifiers with a win over the Faroe Islands, in the national team’s first home win since 2006. Prior to this match, Malta’s last win at the National Stadium dated back to the 11 October 2006 when the national team beat Hungary 2-1.

Versus Faroe Islands, Malta has won twice, drawn once, and lost four times.

During their previous meetings, Malta have lost 8 times to Spain, winning none and resulting in no draws.

Versus Norway, Malta have won no games, drawn 3 and lost 9.