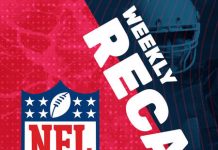 The NFL has returned: Week 1 Recap 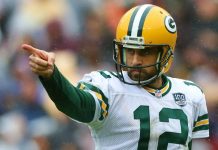 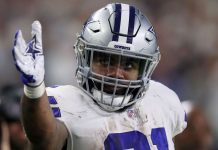 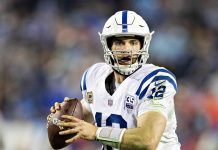 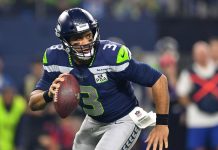 San Francisco 49ers met the Oakland Raiders under the lights of Levi’s Stadium for what’s likely to be the teams’ final Battle of the Bay before silver and black’s 2020 move to Las Vegas.

Underdogs for most of the week, the Raiders had supposedly become favourites to win from the moment news broke pre-game that third-string-turned-backup Nick Mullens was starting for the 49ers. However, Mullens obliterated the Raiders in his first professional start. The second-year quarterback completed 16 of 22 (72.7%) passes for 262 yards, 3 touchdowns, no turnovers and a rating of 151.9. It is on the short list for greatest debut performances ever by an NFL quarterback.

The 49ers’ second-year tight end was dominant once again. Kittle reeled in four receptions on four targets for 108 yards and touchdown. The opening game of Week 9 was Kittle’s second 100-yard performance of 2018, with 71 of those coming on an incredible one-handed catch-and-run on a Mullens pass squeezed in perfectly between three defenders.

Watson was placed on injured reserve in September after suffering a hamstring injury during practice prior to the regular season. The veteran linebacker made his return as he totalled three tackles, 1.5 sacks, three quarterback hits and one tackle for loss against the Raiders. The 49ers’ defence has lacked a consistent pass rush so far this season and while Watson may not be a long-term solution, his production will be encouraging for the 49ers moving forward.

Mike McGlinchey is a home run

Offensive linemen don’t make the highlight reel often but 49ers rookie Mike McGlinchey has made a habit of it. He drove a man off the field and into the Cardinals’ sideline in Arizona and again found a way to stand out Thursday against the Raiders. The 6-foot-8, 315-pound first-rounder ran 51 yards downfield to pave the way for running back Raheem Mostert’s touchdown. McGlinchey, Pro Football Focus’ top-graded rookie offensive lineman, has been a home-run pick so far for the 49ers and general manager John Lynch.

The 49ers’ defence completely shut down the Raiders. In addition to Watson’s stellar return, the pass rush as a whole was the most notable improvement with Cassius Marsh (2.5), DeForest Buckner, and Solomon Thomas all sacking Raiders quarterback Derek Carr. The defence also racked up ten quarterback hits, and eight tackles for a loss. They failed to secure a takeaway, which has been an issue all year, but they thoroughly dominated a shaky Raiders offence. The cornerbacks were barely tested after the opening drive, while linebacker Fred Warner showed up big in his coverage work. After some hiccups on the opening drive, this was a much-needed near-perfect performance by the 49ers defence.