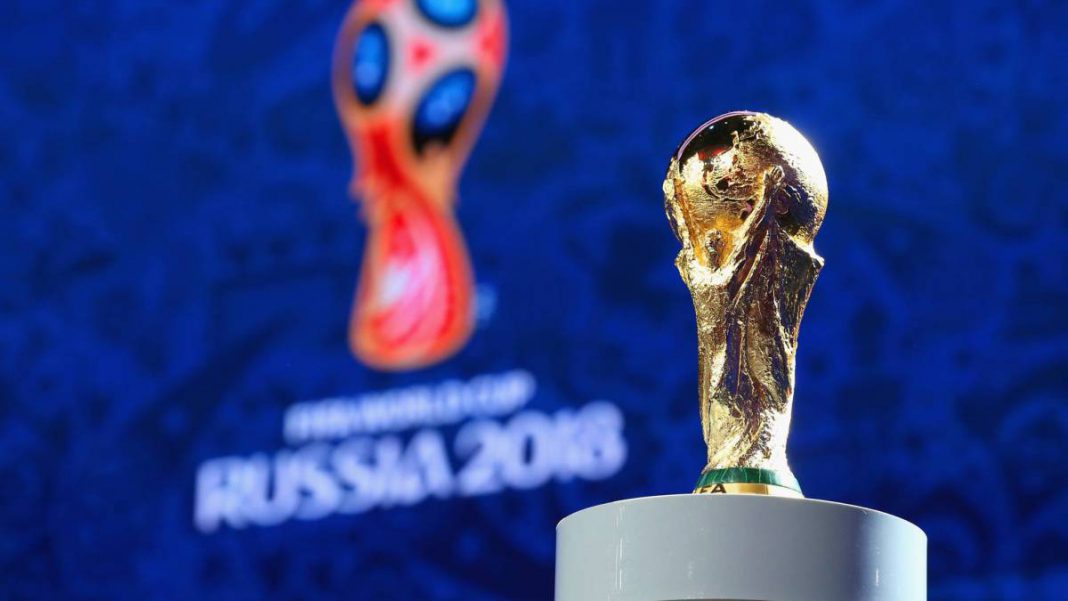 The countdown continues for the 2018 FIFA World Cup. The biggest names in football will soon take over centre stage in Russia in an attempt to grab hold of the most prestigious trophy in the world. Before we commence the 32-day face-off, let’s have a look at some of the players to keep an eye out for.

You may know everything that needs to be known about Argentina’s Lionel Messi and Portugal’s Cristiano Ronaldo. Combined, they have won every single Ballon d’Or Award since 2008. They’re both unstoppable but have never been able to win a World Cup title for their country.

So here are our top 10 picks for names you should look out for this summer in Russia (in no particular order): Germany are, as always, one of the biggest favorites to emerge victorious in any tournament they take part in. The reigning world champions are motivated more than ever because a triumph in Russia would mean matching Brazil’s record as the only country to have won the competition on five different occasions.

Kroos was regarded by many as the best player in the 2014 World Cup, as he was the most important man in Germany’s midfield and without him, they may not have even reached the final.

The pass master is not only the master of passing, but he is also very deadly with delivering set pieces into the box.

His style of play will be very crucial for Germany, as in such international tournaments teams tend to play attacking football with lots of passing and his ability to always find the right pass makes him a key player for the Germans. England couldn’t make their way above quarterfinals in last 6 edition of the World Cup and this time, they definitely have their eyes on the trophy. England’s squad is filled with potential players to watch. Manager Gareth Southgate has opted for youth at all levels of his squad, and in qualifying, England had the third-youngest squad of any team that made it to Russia.

At the heart of that youth is Dele Alli, who will most likely be tasked with the attacking midfield role for The Three Lions this summer. Alli has won the PFA Young Player of the Year award twice and has registered 40 goals and 33 assists in three seasons making him a key player in the squad.

The ability is clearly there, but leading a nation such as England – where expectations are often too high – is a difficult task for any young player. His partnership with fellow Tottenham player and star England striker Harry Kane will provide him with a level of familiarity on the pitch, and their chemistry will be key to England’s chances this summer. The question is yet to be answered as to whether Gabriel Jesus is the best rising talent in the world. While he is very impressive at club level, he may not be “the” most impressive one, among a galaxy of other stars.

He has been a frequent choice in starting eleven of Pep Guardiola whereas the Brazilian football isn’t taking any risk by playing without him.

Jesus has to play like his number one role model, Ronaldo, who played a vital role in Brazil’s 2002 world cup claim. All the Brazilian football lovers see a bit of Ronaldo in him in recent years but we have to see if he can perform for his country as his role model did in 2002.

The influence that Gabriel has had is just immense, and he is now considered a permanent entity in Tite’s lineup. As a matter of fact, Brazil’s national team is being touted as one of the top three favourites, if not the number one favourite, to lift the World Cup trophy in Russia. It’s been 16 years since they last appeared at a World Cup – and it was a memorable one for the Africans as they reached the quarter-final in 2002.

Mane has been lighting up the Premier League with his goals and display of great technique and ability over the last few seasons. He is Senegal’s attacking gem and will definitely go into this competition high on form after an impressive season at Liverpool.

Plus, you know Mane is also good value for entertainment with one of his dance routine celebrations likely to make an appearance.

After the disappointing defeat in the Champions League final, you know Mane will have his eyes on the World Cup. However, he will have to adapt to his team without his two favourite front men – Salah and Firmino, and produce some surprises if Senegal were to advance Francisco Román Alarón Suárez commonly known as Isco has been often described as one of the best attacking midfielders in the world. There is no doubt that he will be Spain’s playmaker in this tournament especially after his exceptional display against Argentina where he scored his first hat-trick

Spain’s national team have come a very long way since their last three disappointing tournaments namely – the 2013 Confederations Cup when they lost 3-0 to Brazil, the 2014 World Cup when the Netherlands smashed them 5-1, and the Euros in 2016 when they were eliminated by Italy. However, they are one of the favourites to conquer the Cup in Russia this summer. Four years ago, he was last seen stretchered off the field in the quarterfinals against Colombia after taking a knee to the back in a nasty challenge by Camilo Zuniga. The ill-advised challenge resulted in a fractured vertebrae for Neymar, ending his first World Cup campaign. Brazil’s next game without its bright star was a game no modern soccer fan will ever forget: A 7-1 home loss to Germany.

Fast forward two years later and Neymar leads Brazil to its first-ever Gold Medal at the 2016 Rio Olympics. It’s a nice consolation after a disappointing World Cup, but we all know that’s not enough for a superstar that has been widely considered the next big thing in the world of football.

As Ronaldo and Messi strive to add the final trophy to their shelves, Neymar is hoping to beat them both to the prize. Prior to his record-breaking transfer from Barcelona to PSG last summer, Neymar had lived under the shadow of both Messi and Ronaldo in La Liga. His skills are evident, and after his move to PSG, his ambitions have become clear, as well.

After an ankle injury in February effectively ended his year for PSG, Neymar has only had eyes for this summer. In terms of help, Neymar will be surrounded by multiple top-tier players coming off excellent seasons for their clubs, including Gabriel Jesus, Roberto Firmino, Marcelo, Casemiro, Philippe Coutinho, Paulinho, Willian, Fernandinho, and Alisson.

A Brazil World Cup title could catapult Neymar to the rarified heights he wishes to reach but even so, watching his style of play is simply a must during this tournament. Les Bleus are a factory of talents, but Mbappe might well be the most promising one among a galaxy of rising gems. He is the modern-day striker who is capable of not only scoring goals, but also rescuing games from dead situations, thanks to his sensational burst of pace and dribbling skills.

Who can forget his performance in UEFA Champions League last season representing AS Monaco? He scored 6 goals, taking the club to the semifinals for the first time since 2004.

With his heroic performances and a full debut for France’s national team, it was no surprise that French giants Paris Saint-Germain were quick to acquire his services, for what could add up to a transfer fee of around €180 million, making him the world’s second most expensive player in football history. With his movement, dribbling, passing and shooting technique, Paolo is reminiscent of his idol Lionel Messi and is being compared to him week in, week out.

While he is admittedly still not on the same level of the likes of Cristiano Ronaldo or Lionel Messi, he will no doubt be closer than ever to reach this category if he continues the kind of performance he has shown this past season with the Bianconeri.

A quick, creative and agile player with excellent technical ability, Dybala is known for his dribbling skills, balance, and close control in limited spaces, as well as his ability to beat opponents and protect or hold up the ball for team-mates with his back to goal. Due to his speed on the ball, positioning, intelligent movement, and ball skills, he excels during counter-attacks and at beating the offside trap when making attacking runs

Argentina’s national team is in desperate need for a new hero to emerge out of the blue and help them get out of their current miserable state. Since winning the Golden Boot at the 2014 World Cup, James Rodriguez’s career has brought him to Real Madrid and Bayern Munich. While he struggled with injury in Madrid, his 2017 loan move to Bayern helped him rediscover his form just in time for Russia.

James’ performance in 2014 was nothing short of perfect. He scored in each of Colombia’s five matches, and he announced himself on the world stage. Now, four years later, James will return to the spotlight in which he shone so brightly, but with much higher expectations this time around.

James’ play was nearly flawless and, on an individual level, a repeat can’t be expected. However, on a team level, Colombia will be hoping to repeat and surpass their Quarterfinal exit to Brazil in 2014. Their squad is a mix of youth and experience and will be likely be captained by their all-time leading goal scorer Radamel Falcao. The German forward has already proven his worth to the team after emerging victorious in the 2017 FIFA Confederations Cup where his return of three goals earned him the tournament’s Golden Boot award.

They are known to dominate games and to never leave their main striker short of clear-cut goal-scoring chances which makes the Germans so difficult to defend and favourites to raise the Cup once again.

Did we miss anyone? Who are you most excited to see? Tweet us at @osportsblog to let us know!