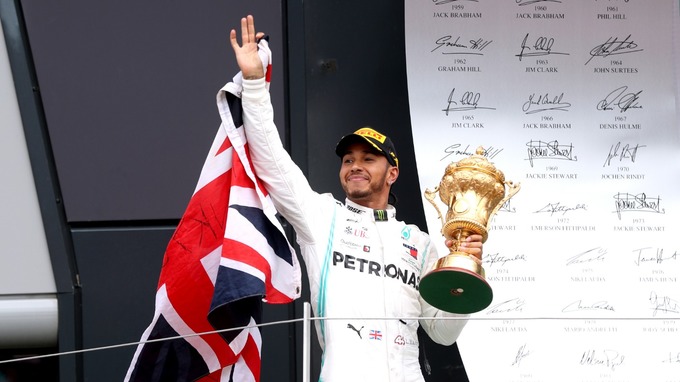 Lewis Hamilton believes his strategy was the key to winning at Silverstone and not because of the Safety Car.

The five-time Formula 1 champion believes he would have still won the British Grand Prix even without the Safety Car due to his strategy.

Hamilton shadowed Mercedes teammate and polesitter Valtteri Bottas during the early stages of the race before Bottas pitted on Lap 16. Hamilton remained out and found himself in the lead of the race having opted to pit under a Safety Car period on Lap 20.

The Briton took on fresh Hards and was able to complete a one-stop strategy to claim a record sixth British Grand Prix victory at Silverstone, while Bottas was locked into a two-stopper and ended up over 20 seconds adrift in second place.

LAP 21/52: Hamilton dives into the pits and comes back out in P1 behind Safety Car #BritishGP 🇬🇧 #F1 pic.twitter.com/zzu89te5fv

“I was going to do a one-stop and [Valtteri Bottas] was on a two so it wouldn’t have made any difference,” Hamilton said.

“The Safety Car wouldn’t have made a difference. When he pitted on lap 16, I think it was, my plan was to offset as much as I could. And so I think I went four laps or something and I probably could have done another lap or two.

“If I’d done another lap it probably would have got to two-and-a-half maybe and I would have come out on my fresh hards and I could have just sat behind him if I wanted to and then he would have had to pit.

“So I would have still had that 21-second gap. So it didn’t really make a difference. Even If I was behind him, I would of course try to overtake him, but in hindsight I didn’t actually need to do that.”

I can’t tell you how incredible this feels guys. Everyone’s support and energy out there, that was crazy. I can’t express how grateful I am to all the fans, and to my incredible team. This moment will stay with me for the rest of my life 🙏🏾Thank you #wewinandwelosetogether pic.twitter.com/j2SgjYxbND

Hamilton said Mercedes’ original plan was for both drivers to run a two-stop, adding he “chose to do a one”.

“It wasn’t agreed, it was said that we could,” he explained.

“So I looked at the options and of course I want to always try and offset. So when Bono [race engineer Peter Bonnington] came on the radio and said ‘what tyre do you want?’ I said ‘I want the hard’.

“Did we know that we could do a one-stop with it? Not really. But as soon as I got onto it, it was quite strong and didn’t look like it was particularly starting to give up any time soon. So I decided to stay out.”

Explaining Mercedes’ strategy further, team boss Toto Wolff added: “In our strategy meeting in the morning, actually the drivers brought up whether there was an offset strategy possible for the guy running second because if you put them on the same tyre, this is probably how the race is going to end.

“So picking up on the suggestion, we decided that the second-placed driver would run an offset strategy with the hard tyre in the middle.

“We weren’t quite sure whether one stop would make it, probably rather thinking it would be a two, also because of a lack of data on the hard, and this is exactly how it panned out, and obviously both of them drove a brilliant race.

“Both of them would have deserved to win the race, and in that instance, the Safety Car swung in the favour of one driver.” 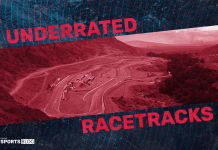 Bahrain Grand Prix: Everything you need to know