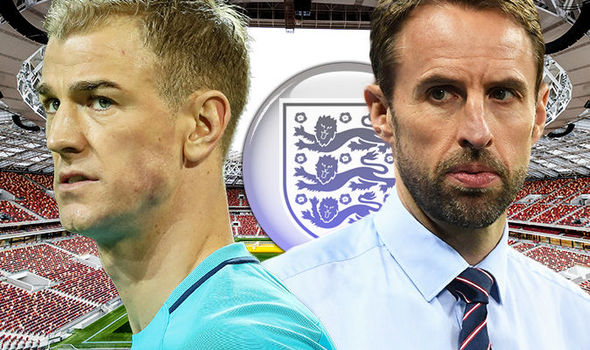 After many tough decisions, Gareth Southgate finally narrows down the team he wants to take to World Cup in Russia. Without a doubt, his decisions have many wildcards which might prove to be necessary. The team was announced by the English Football Team on Twitter;

For the nation, by the nation. The #ThreeLions’ official @FIFAWorldCup squad announcement. pic.twitter.com/YecUWPUZfJ

As expected, the likes of Joe Hart and Jack Wilshere have both missed out on a ticket to Russia this summer. However, there were some surprising call-ups made by Southgate which made many speculate whether those chosen have what it takes to bring home the cup.

Southgate had called the 75-cap goalkeeper Joe Hart on Monday evening to tell him that he will not have a place on the team after a disappointing campaign while on loan at West Ham. The former starting keeper has 75 caps for England, however, at the age of 31, it could possibly mean an end to his international career.

Meanwhile, Jack Wilshere has not played for his country since the surprising exit of the Three Lions against Iceland in the Euros of 2016. Despite being one of the favourites to be chosen, the 26-year-old suffered a knee injury earlier this year which cut his hopes short.

Many youngsters have been called-up for England including Liverpool’s Trent Alexander-Arnold and Chelsea’s Ruben Loftus-Cheek. At only age 19, Alexander-Arnold has a lot to prove for the national team as he is still uncapped at a senior level.

More surprises such as Adam Lallana, England’s player of the Year in 2016, making the standby lists gives hope to players such as Loftus-Cheek who impressed while on loan at Crystal Palace.

Having 58 caps, Gary Cahill is the most experienced squad member as no other player has more than 50. In fact, the chosen squad has an average of just 19 caps per player. Jordan Henderson, Raheem Sterling, Danny Welbeck, Phil Jones and Gary Cahill are the only five players included in Southgate’s team to have played in the previous World Cup back in 2014.

Given Hart’s absence, uncapped Burnley goalkeeper Nick Pope, 26, has got the nod to make the trip alongside Jordan Pickford and Jack Butland, who was relegated with Stoke.

Speaking for the first time since naming the squad, Southgate said: “I believe this is a squad which we can be excited about.

“It is a young group, but with some really important senior players so I feel the balance of the squad is good, both in terms of its experience, its character and also the positional balance.

“We have a lot of energy and athleticism in the team, but players that are equally comfortable in possession of the ball and I think people can see the style of play we’ve been looking to develop.

“The selection process has been over months really, it’s not just been the last few weeks. We feel the team are improving and we want to continue that momentum.”

Most players will meet up on Monday as World Cup preparations get underway, although Manchester United and Chelsea players will be given an extended break after the FA Cup final on May 19.

England have warm-up friendlies against Nigeria at Wembley on June 2 and Costa Rica in Leeds on June 7, ahead of the Group G opener against Tunisia on June 18.

With a team full of young talent and attacking promise, it will surely be an entertaining World Cup. Do you agree with the selection? Leave your comments below!