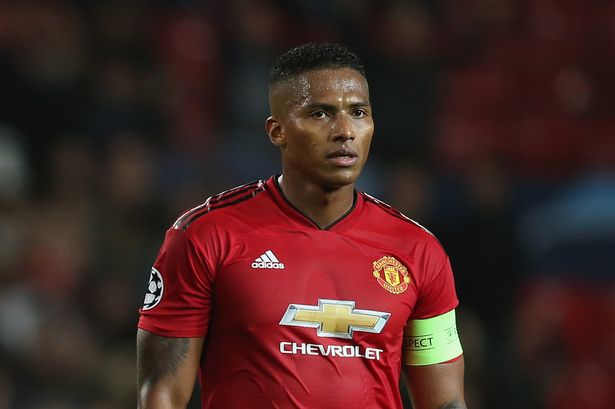 United captain Antonio Valencia’s future is up in the air

Antonio Valencia is due to become a free agent, and Solskjaer has confirmed his exit is imminent. The club would need to extend the veteran full-back’s contract before Friday 5pm (GMT) but Solskjaer made it clear it is not a done deal.

Valencia joined the Red Devils from Wigan back in 2009, and has since managed to win two Premier League titles, the FA Cup, Carabao Cup, and the Europa League.

Former United boss Jose Mourinho named Valencia as club captain last summer, but  Solskjaer has only had him feature once in 2019. Valencia is not expected to return to action until the end of March, with his current deal set to expire at the end of the 2018-19 campaign.

Solskjaer insists he still hopes that Valencia can contribute on the pitch between now and May, but admitted it is unlikely that his services will be retained beyond the summer.

“He’s still not 100% fit, still working to get back fit and he’s had a fantastic career here at Manchester United and England,” Solskjaer told a press conference on Friday.

“He is one of the Premier League winners left in the dressing room but I’m not sure if Manchester United and Antonio will agree on the next year so it depends if he gets back on the pitch in the next few months but he’s the captain, great servant to the club so hopefully I can get him on the pitch and show what he can do.”

Including Valencia, Solskjaer is set to be without up to eight senior players for the fixture, with a huge Champions League last-16 second-leg against Paris Saint-Germain on the horizon next week.

David de Gea’s terms expire in summer 2020 and talks are continuing regarding a fresh long-term deal for the goalkeeper.

“The club and David are in dialogue,” Solskjær said. “Hopefully they agree. It’s out of my hands but I’m sure we’ll do what we can.”

Solskjær suggested that Anthony Martial had only an outside chance of being available for Saturday’s visit of Southampton after a groin problem. “It might just be a few more days before he’s ready,” he said.

Marcus Rashford is set to start following an ankle injury. “He still felt it Wednesday night but he’ll be ready – I’ll probably start him,” Solskjær said.