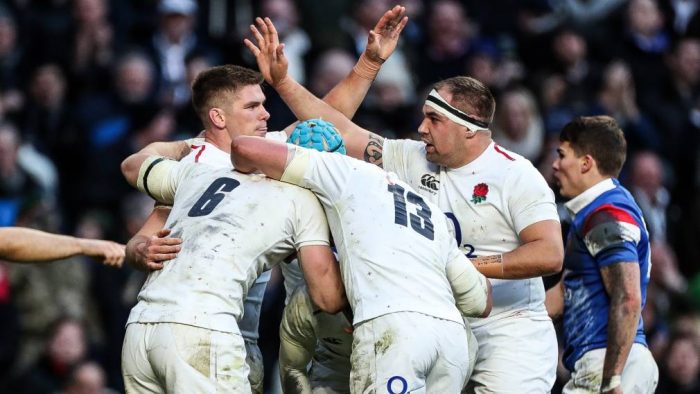 England have enough power to turn on the heat against Wales

England have released their updated squad for their Wales clash on Saturday and three uncapped players have been included in the squad. Saracens No.8, Ben Earl, Worcester Warriors Jack Singleton, and Gloucester Rugby’s Ollie Thorley are all selected.

Chris Ashton has been ruled out of the match due to a calf strain. The back player made his first Six Nations start since 2013 in the win over France but had been left out of coach Eddie Jones’ 33-man squad. He will spend the week in rehabilitation and is expected to recover in time to play Italy in the penultimate round on 9th March. Bath’s Joe Cokanasiga and Exeter’s Chiefs winger Jack Nowell could both replace Ashton.

Saracens lock Otoje is considered highly unlikely to play against Wales but has not yet been ruled out. Earlier this week, Mako Vunipola was ruled out of the Guinness Six Nations with an ankle injury. Meanwhile, Hooker Dylan Hartley has returned to his club Northhampton to continue his recovery from a knee problem.

The Red Rose go into the third-round clash with a perfect record in this year’s campaign after defeating Ireland in Dublin and coming out top against Les Bleus at Twickenham.

Wales have won 11 matches in a row but will have to tidy up a few things if they are going to make it 12. Wales will need to be more accurate as England have an ability to turn their defensive pressure into attacking opportunities. England have been the best in the tournament at stinging teams with their transitional attack – Johnny May’s first try against France, with Elliot Daly taking advantage of turnover ball is a good example of that. Overall, it will be England’s power game that will be the deciding factor in this match.

How important is the PGA BMW Championship for Tiger Woods?