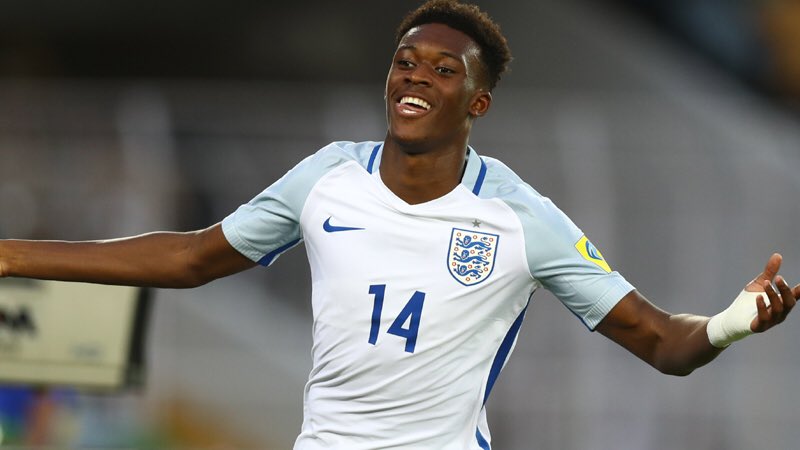 Chelsea winger Callum Hudson-Odoi has been called into the England squad for the first time ahead of the Euro 2020 qualifiers against Czech Republic and Montenegro.

The teenager joined up with Gareth Southgate’s squad at St George’s Park just hours after travelling to Bristol to join Aidy Boothroyd’s Under-21s side.

Southgate drafted in Southampton midfielder James Ward-Prowse earlier on Monday and 18-year-old Hudson-Odoi will also have the chance to impress as he pushes for an international debut.

“It’s been a crazy day but getting my first [senior] international call-up is an amazing feeling,” said Hudson-Odoi.

“Today has been a very long day for me because I had to travel to Bristol first for the Under-21s and then, getting told that I have to come over here to St George’s Park, it’s been a crazy experience, but I’m delighted to get the call and it’s a nice feeling to be here as well.

“I thought the manager [Aidy Boothroyd] was joking. I was shocked and then when I heard that I actually had to go over, I couldn’t believe it. I was delighted.

“It’s a dream come true. Now I’ve got to work hard, enjoy every moment and keep working to just hopefully make an impact when I get the opportunity.

“Everybody here is very humble and they’re very nice. They make sure you’re comfortable, no one has an ego here so hopefully I get to know more of the boys here.”

England host Czech Republic in their Group A opener at Wembley on Friday before visiting Montenegro on Monday.