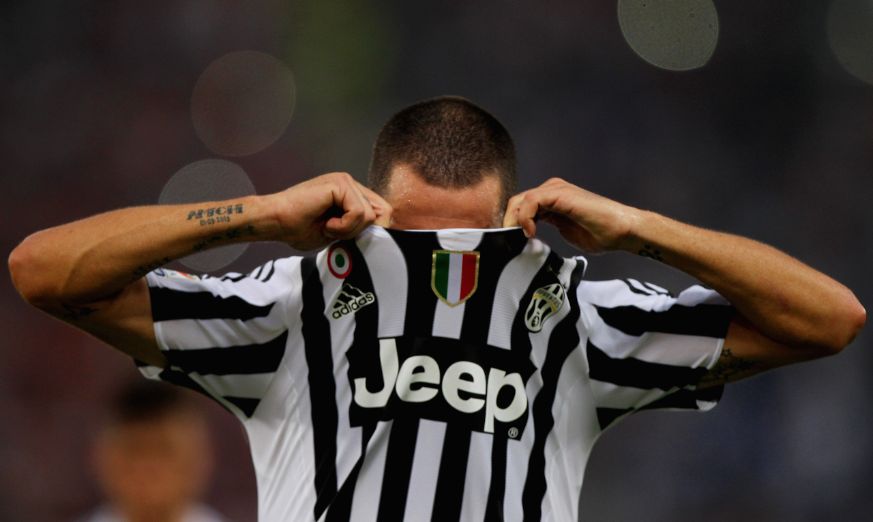 Here is what instigated the Bonucci-Juventus divorce

Bonucci’s transfer to Milan is official. Milan fans in seventh heaven, Juventus’ fans still cannot digest the news. Why did Bonucci leave? A year ago, the Italian international rejected Chelsea and Manchester City! Also, he signed a contract until 2021. Something does not sound right! But the truth is that a situation had been accumulating for a while. Ultimately it reached boiling point which resulted in the Bonucci-Juventus divorce.

Last February, Juventus played Palermo prior to the Champions League game against Porto. During that game, Bonucci and manager Massimiliano Allegri were involved in a heated argument. Allegri was disappointed with Bonucci’s performance as he was giving too much long balls. Than Bonucci opposed Allegri’s substitutions while Juventus were suffering. The pair exchanged unpleasant comments to each other as their relationship started to crumble. After the final whistle, Bonucci headed straight to the dressing-room instead of celebrating with his team-mates. Bonucci’s behaviour and lack of respect to his manager irked Allegri. The next game (vs Porto), Bonucci was not selected with the 18-man squad.

The Cardiff final had a devastating ripple for Juventus. Primarily, they lost the Final. Secondly, that day ‘sealed’ Bonucci’s departure. At half-time with the result still 1-1, Bonucci had a go at Paolo Dybala. Some reports stated that he even slapped the young Argentinean. The reason was that Dybala was playing with no intensity after being booked. This created problems for all the team. Apparently, Mandzukic and Barzagli defended Dybala. Moreover, Barzagli was extremely mad at Bonucci for creating a tense atmosphere during such an important moment. The second half of the Final was the reflection of what happened during the break. Juventus were lost and Real Madrid punished them.

This incident was the last nail in the coffin. Adding to this, as Juventus discussed Allegri’s extension, the manager made it clear. It’s either him or Bonucci. Allegri did not want Bonucci anymore in his squad. It was a difficult decision. One must admit. Bonucci is one of the best defenders in the world. How can you give him the marching orders out of the club? But, Juventus backed Allegri and so Bonucci was informed he was not part of their plans anymore.

Obviously, Bonucci felt disappointed. Leaving Juventus was never on his mind. But that was the reality. Therefore, he started to dictate his own conditions. The first and important thing was that he wanted to stay in Italy. And in Italy he meant either Milan or Inter. Everyone knows what happened later. Juventus accepted Milan’s offer as the divorce was complete.

How The World Reacted To England’s Win