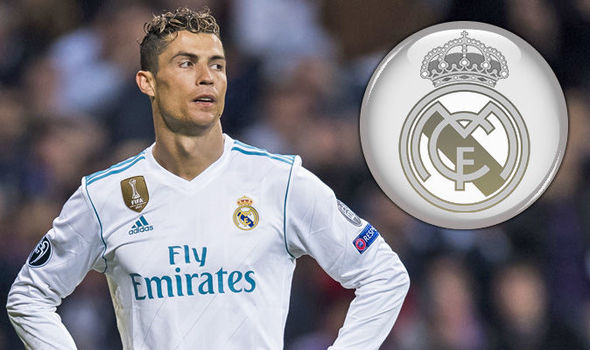 The 33-year-old is looking for an increase on his €20.5m annual salary to bring himself closer to the likes of Messi and Neymar in terms of net pay. Journalist Manolo Lama told Cadena Cope’s El Partidazo that a new offer has been made according to AS.

The new deal is said to comprise of a basic annual wage of €25m, plus a further €7.5 million in performance-related bonuses in an effort to keep hold of him.

The Portuguese star would earn €600,000-a-week if he were to accept the new contract. However, he would still earn less than his Barcelona rival Lionel Messi.

Ronaldo strongly hinted an exit from the Santiago Bernabéu after his side’s 3-1 victory over Liverpool in the Champions League final last month by saying “it has been nice playing for Real Madrid”.

Ronaldo secured his fifth UEFA Champions League title with Real Madrid and finished the season on a high with 26 La Liga goals and 5 assists in 27 appearances.

If Ronaldo is serious about leaving Real Madrid, he may find his options limited due to his wage demands. At 33, the forward is not a long-term option despite the obvious quality and experience he possesses.

Having said this, his former club back in Manchester have been considered to be the most likely destination for the veteran. Latest reports suggest that the Red Devils have already contacted the player’s agent Jorge Mendes to open negotiations.

Making matters even worse, Real Madrid are in search of a new manager after Zinedine Zidane stepped down from his position in May.

It is only a matter of time until Ronaldo makes his decision on the future of his career. What do you think is the best path for the Portuguese? Tweet us at@osportsblog!