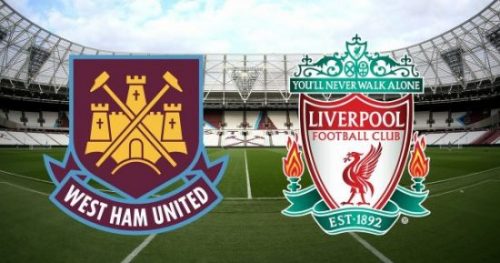 The Hammers host title-challenging Liverpool at the London stadium tonight as the Reds will hope to get back to five points ahead of Manchester City.

With City’s win against Arsenal on Sunday, the pressure is high for Jurgen Klopp and his man as the gap between first and second place is of just 2 points with a game in hand against West Ham for Liverpool.

Last week, Liverpool had the chance to make it a 7-point gap when Manchester City lost at Newcastle but missed the opportunity after being held at home by Leicester.

West Ham will be seeking to get back to winning ways after suffering a 3-0 loss against Wolves away from home in midweek.

Lukasz Fabianski is expected to take back his place from Adrian in goal after suffering an arm injury and having to miss out on some matches for the Hammers.

With Aaron Cresswell still out on the sidelines due to injury, Masuaku is expected to start instead while Zabaleta will take the right back spot on the other side.

Diop and Ogbonna are favourites to pair up and start in the heart of the defence at the back.

Both Jack Wilshere and Samir Nasri are set to miss out on the Monday night clash with Pellegrini having his choices quite restricted. Rice and Noble are expected to start at defensive midfielder positions.

In front of them, Snodgrass, Felipe Anderson and Antonio are expected to form a trio behind the striker who is also one of Pellegrini’s doubts.

Arnautovic is having his foot assessed after an injury but could make it in time. In case he’s not available, former Liverpool striker Andy Carroll could start.

Klopp will have another option in defence as James Milner returns to the squad after serving a one-match ban and could start from the beginning at right back. Robertson will start on the other side of the pitch.

Lovern should pair up with Virgil Van Dijk to form a more than decent centre-back duo.

In midfield of the 4-3-3 formation, Klopp should start with Fabinho, Wijnaldum and Shaqiri. Oxlade Chamberlain is absent with a long-term injury.

Jordan Henderson could be given the chance by the German manager for him to make his 300th Premier League appearance.

No changes are expected in the front three, with Mane, Firmino and Salah all set to start.

From the 135 times the two teams met across all competitions, Liverpool are ahead in terms of wins with 71 total wins while the Hammers have won a total of 28 against the Reds.

The fixture ended in a draw for a total of 36 times. The last time the two met was in August when the Reds trashed West Ham 4-0 at Anfield.

The last time West Ham got any points in a match against Liverpool was in 2016 when they held the current league leaders at home.

Liverpool lost a crucial match at the beginning of the year against Manchester City and also got sent out of the FA Cup by Wolves. However, Klopp’s side managed to recover with two back-to-back wins against Brighton and Crystal Palace.

The last match against Leicester ended up in a draw as the Reds failed to get 7 points ahead of City.

West Ham are without a win since mid-January when they won against Arsenal at home thanks to a goal from Declan Rice. Since then they lost three consecutive matches against Bournemouth, Wimbledon and Wolves.