Home All Sports PREVIEW: Serie A – AC Milan vs Inter 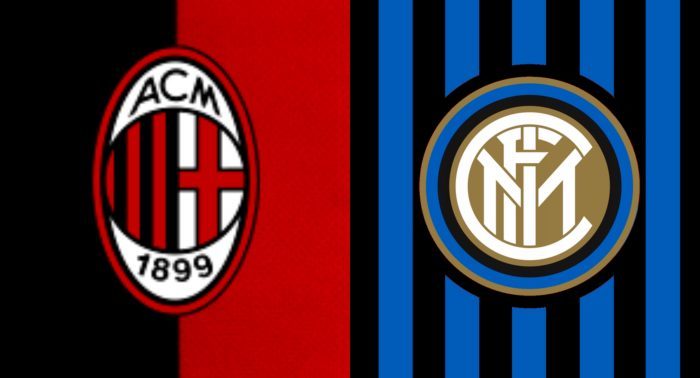 Apart from being one of the most anticipated derbies in Europe, this will also be very important in the context of a place in the Champions League next season.

Gattuso’s side are just one point ahead of the Nerazzurri and could go four points ahead with a win tonight.

The last loss for the Rossoneri dates back to the end of December when they lost 0-1 at home to Fiorentina and in the past five matches they have got the maximum points on all occasions.

In contrary, Inter have just won one out of their last five fixtures and will need to improve their form substantially if they want to get any points from the derby.

Gattuso is set to start with a classic 4-3-3 formation intended to have his side attacking throughout the 90 minutes of play.

At the back, Ricardo Rodriguez could replace Diego Laxalt on the left, while youngster Davide Calabria will start on the right. In centre-back positions, Musacchio and Romagnoli are favourites to keep their starting place spots.

After missing out last weekend against Chievo, Chelsea loanee Tiemoue Bakayoko is set to be recalled for the derby tonight. It will be Kessie and Paqueta who join French midfielder in the middle of the park.

Goal scoring machine Krzysztof Piatek is set to lead the attacking line together with Suso and Calhanoglu to his sides on the right and left wing respectively.

As for the Nerazzurri, the player placement on the field should be in the form of 4-2-3-1 with the three attacking midfielders there to support the sole striker in attack.

🎙️ | #Spalletti: "#Lautaro? Both he and Piatek are great central strikers, they both pose a real threat and can make the difference. We'll see who comes out on top in the game." #MilanInter #DerbyMilano pic.twitter.com/J1sIOhYTFe

Danilo D’Ambrosio and Kwadwo Asamoah are both ahead of Cedric and Dalbert in the fight for a place on the defensive flanks for Inter. At the centre, De Vrij and Skriniar are almost sure of a place in the starting lineup.

The two holding midfielders employed by Luciano Spalletti should be Vecino and Brozovic while in attacking midfield positions the Italian manager should go with Politano on the right, Joao Mario at the centre and Perisic on the left.

In absence of striker Mauro Icardi at striker, young prospect Lautaro Martinez should be given the nod from the start to lead the Inter attack.

This will be the derby number 173 in the Serie A between the two Milan sides with the Nerazzurri slightly ahead in terms of wins at 65 when compared to the 53 for AC Milan. 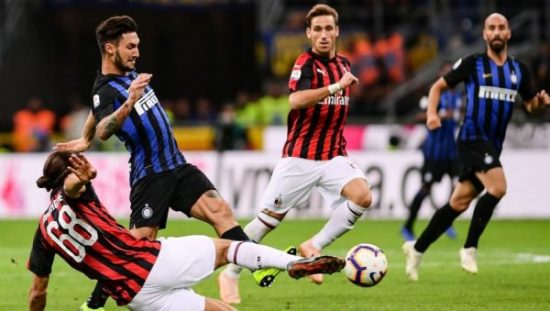 On 55 other occasions, the Derby della Madonnina ended in a tie with the last one being the one from the last season.

The two sides have also met four times in the Champions League with the Rossoneri having won two of the matches and another two draws.

AC Milan are in their best form this season and are quoted as favourites at odds of 2.41 with Yobetit, to emerge victorious in the Derby della Madonnina.

Inter were the winners of this season’s other derby but go into the match as the underdogs this time round at odds of 3.21.

FA Trophy: Valletta and Balzan to meet in the final