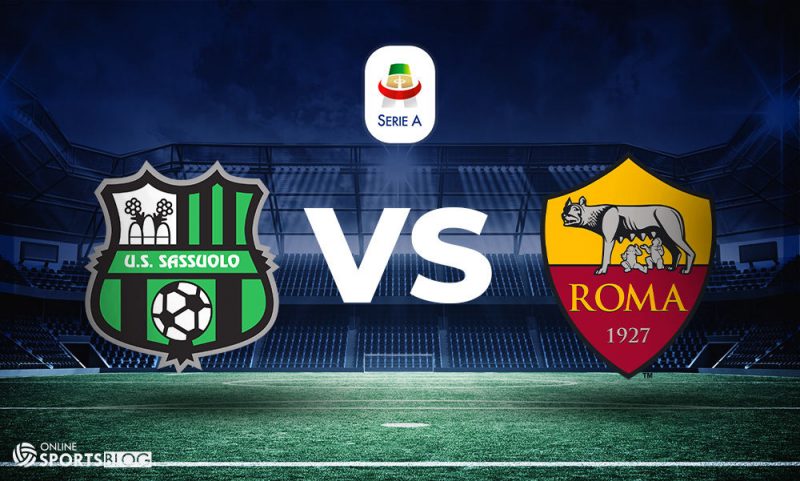 Roma have mountains to climb in the final matches of the Serie A as they must travel to Sassuolo first to keep their hopes alive to finish the season in the top four.

Roma will look to secure a similar result against a Sassuolo side firmly entrenched in mid-table security with little to play for.

The Neroverdi have won just twice since the beginning of April and are coming off a tough 3-2 loss at the hands of Torino on Sunday. In that match, Sassuolo blew two leads before succumbing to an Andrea Belotti wonder-strike. With this in mind, Roma can’t take this one lightly.

Sassuolo can play a big part in how the Champions League race plays out over the next two weeks. They host Roma this week and then play a “road” match against Atalanta to close out the season. That match will essentially be a home game with La Dea using the Mapei Stadium while their own ground under renovations. So, Sassuolo may be the enemy this week, but it could quickly turn into Roma’s most important ally in a week’s time.

Roberto De Zerbi hit back at those doubting #Sassuolo motivation against #ASRoma . “It’s our duty to play 100 per cent in every match.” https://t.co/ADZvSjadOs #SerieA #SassuoloRoma pic.twitter.com/qVhNOBz3pq

If Roma can manage a win, it will provisionally pull level with Atalanta and move within a point of Inter. Those two sides have tough matches on Sunday; Inter travel to Naples while Atalanta travel to Juventus. Atalanta will be coming off a midweek Coppa Italia final loss to Lazio, which means it could be a bit fatigued when considering its lack of squad depth.

If things play out right for Roma this weekend, then De Rossi’s finale at the Olimpico could take on significant meaning in the standings, as well.

However, that scenario can only play out if Roma gets a win a in Emilia-Romagna first.

Domenico Berardi has recovered from the bout of flu that kept him out of the game against Torino and he will be back in the front trio.

Filip Djuricic is expected to make room for the captain after playing last week.

Kostas Manolas has failed to recover from injury and will not travel with the Roma squad.

Lorenzo Pellegrini is fit enough to travel but it remains to be seen whether he can start for Claudio Ranieri’s side.

Captain Daniele De Rossi has announced he is leaving Roma after not being offered a contract renewal. He is expected to play the last game at home, while he should start on the bench here.

The last time these teams met at the Olimpico, Roma gifted its supporters a Boxing Day gift. The Giallorossi won the fixture behind a man of the match quality performance from Patrik Schick, who drew a penalty and scored a goal.

However, the highlight of the day came when Nicolò Zaniolo put both Andrea Consigli and Gianmarco Ferrari on their rear-ends before scoring his first Roma goal. Of course, Roma being Roma, they conceded a late consolation goal.