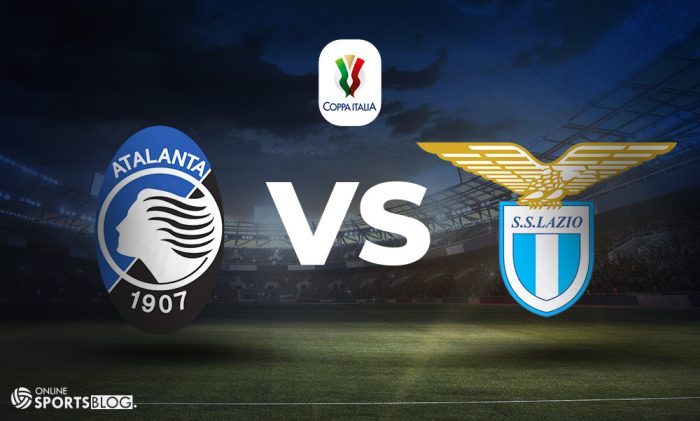 Atalanta and Lazio will battle for the prestigious Coppa Italia trophy tonight as they go head-to-head in Rome.

Gasperini’s side eliminated Fiorentina in the semi-final with a 5-4 aggregate win over the two legs. Lazio, on the other hand, won against Milan at the San Siro which gave them the chance to play their 10th Coppa Italia final tonight.

Atalanta will only have Rafael Toloi unavailable for the final. Other than the Brazilian, Gasperini can count on a fully-fit squad for what could be considered his side’s most important fixture of the season.

Gollini is expected to start in goal with the trio at central defence set to be composed of Masiello, Palomino, and Djimsiti.

In midfield, Hateboer and Castagne will take their places on the flanks while Freuler and De Roon will be the central midfielders for the Bergamaschi. The club captain Alejandro Gomez will take his place behind the two strikers.

Josip Ilicic is set to start at a false nine role together with goalscoring machine Duvan Zapata.

Strakosha, who missed out on the Cagliari clash last weekend due to injury, is expected to return in goal for the Biancocelesti tonight.

In defense, it will be Luiz Felipe, Acerbi and Bastos who will form the defensive line for the capital club.

Romulo and Lulic should be the pair chosen to start at the wider parts of the pitch with Parolo, Lucas Leiva and Luis Alberto expected to serve as shielders of midfield.

Correa is the most likely to start in tandem with prolific forward Ciro Immobile up front.

it will be the first Coppa Italia clash between the two teams since Lazio recorded a 2-0 win in the fourth round of the 2008-09 competition.

Atalanta won 3-1 at Lazio in the league earlier this month, while they were also victorious in the reverse clash earlier this season.

Lazio have not beaten Atalanta since a 2-1 home win in January 2017, but that was the last of three straight successes against La Dea.

Atalanta are in unstoppable form at the moment, having won all of their last five fixtures across all competitions.

Lazio, on the other hand, won three and lost two with the two losses coming against bottom side Chievo and Atalanta themselves in the Serie A fixture ten days ago.

Here’s how the two sides fared in their last five fixtures: