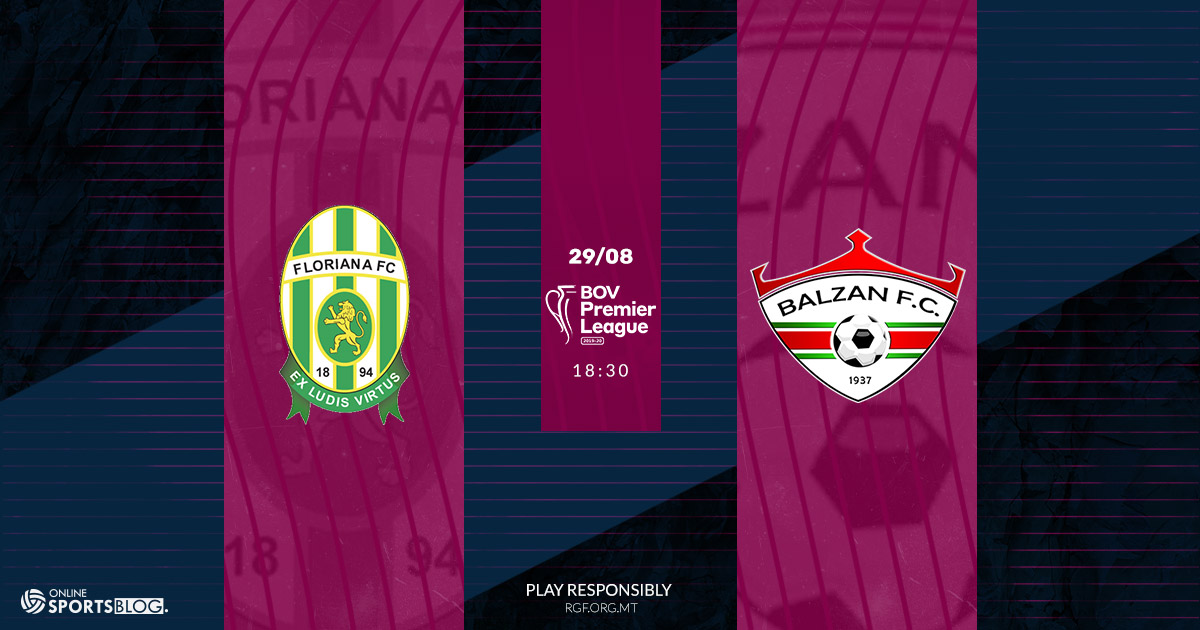 The two sides have played one match so far and they both got wins on the opening matchday of the new BOV Premier League season.

The Greens started their new season with an important win over Birkirkara last Friday and will be hoping they can get another three points as they face Balzan at the National Stadium.

Apart from the new manager Enzo Potenza, a number of players made their debuts for the side and these are Diego Silva, Matias Caceres, Matias Garcia, Ryan Camenzuli and Tiago Adan Fonseca who was included as a substitute later in the second half.

Kristian Keqi was the man of the match and Floriana’s Italian manager will be expecting the midfielder to lead the Greens to yet another victory.

Following a very successful 2018/19 season topped with the winning of the FA Trophy, Balzan were determined to continue where they left off and start their new season on a positive note. And that’s what they did as they defeated Sliema 2-1 on Saturday.

Ryan Scicluna made his first appearance for Balzan while Steve Pisani was unavailable due to an injury.

They now take on Floriana for what is expected to be a very close and interesting encounter. Alfred Effiong is expected to be the star player for his side and manager Jacques Scerri will be hoping he can lead the Reds to victory with his goals tonight.

Find all the recommended Floriana vs Balzan odds here!

6 animals that made a surprise appearance on F1 tracks