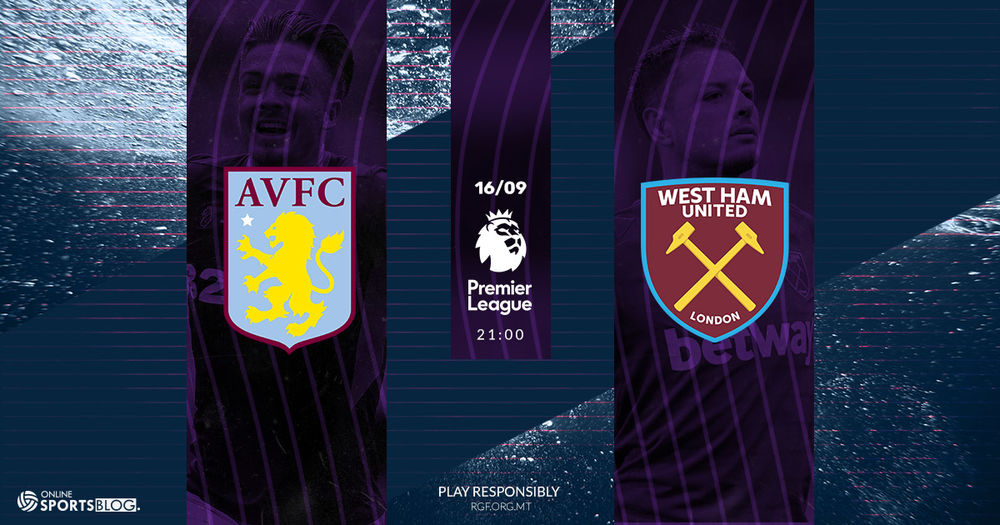 Aston Villa will be looking to make it back-to-back Premier League home wins on Monday night when they welcome an in-form West Ham United side to Villa Park.

The Hammers’ season started off on a shaky note as they trembled 5-0 against Manchester City. However, the East London club have bounced back from their opening game to see off Watford (3-1) and Norwich City (2-0), along with a Carabao Cup saunter against Newport County (2-0).

On the other hand, the Villans have only picked up three points from their opening four games after returning to the Premier League

Pellegrini’s squad took shape with some key additions this summer, and games like these are exactly the sort which the Hammers will expect to be picking up three points from.

The international break is done and dusted and we're back in action tonight at Villa Park! 💪

COME ON YOU IRONS!! ⚒ pic.twitter.com/Hvme7loK3M

The stats are not so encouraging when it comes to Villa Park in particular, where West Ham have won just two of their last 18 league visits, but should they make that three in 19 then it would be the first time they have secured successive victories over Monday’s opponents since January 2006.

Villa will be without Jonathan Kodjia after he sustained a fractured cheekbone in training, forcing him to undergo an operation which will keep him sidelined for up to three weeks.

Dean Smith will also be unable to call upon James Chester and Matt Targett, although both of them are now back in training and should return by the end of the month.

West Ham have two players on the treatment table, with Winston Reid nearing a return and Michail Antonio a longer-term absentee.

Sebastien Haller will continue to lead the line having scored three goals in as many Premier League games, while he has also now been involved in 21 goals from his last 25 top-flight appearances in Germany and England.

The record signing should have plenty of ammo to work with too – only Kevin De Bruyne created more chances than Manuel Lanzini during the opening four games of the season.

"Manuel Lanzini has been very good. I hope at the end of the season he has the same statistic, creating among the most chances of any player in the Premier League." – Manuel Pellegrini pic.twitter.com/F0PE1r860V

West Ham are coming into this match as the form side, with Pellegrini seemingly now having the team playing in his image.

Villa will be looking for the majority of their points to come at home this season, but West Ham seem to have the odds in their favour in this battle of Claret and Blues.

The last time these two sides met, the Hammers beat Villa 2-0 at Upton Park back in 2016.