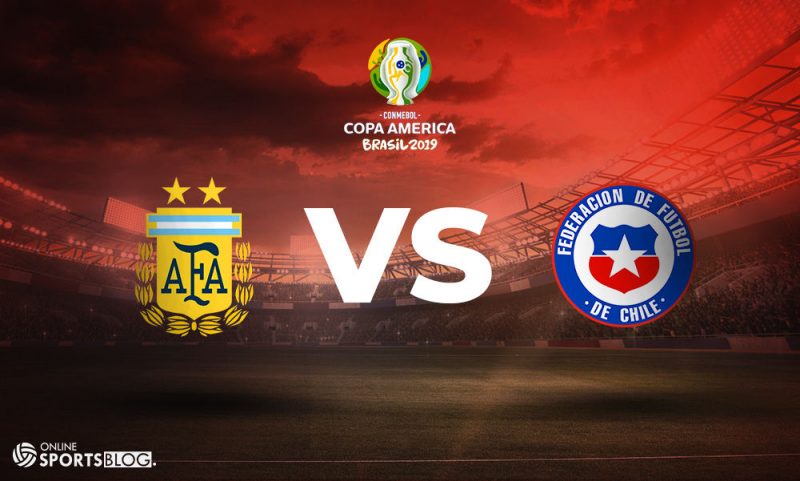 For the first time since 2011, a team other than Chile will be in the final and stand a chance at becoming Copa America champions.

Chile faced a shocking setback after their loss to Peru in the second semi-final where they ended up trailing 3-0. The champions now face Argentina as their final obstacle of the tournament but this time it will be for the bronze rather than the gold.

There was already a healthy rivalry between these nations before the 2015 and 2016 finals, yet with Chile defeating the Albiceleste on both occasions (both times on penalties) the animosity has grown, meaning this could be a fiery affair.

However, with such a humiliating defeat from Peru, the Chileans might enter the arena low in confidence, which could give an advantage to their rivals.

On the other hand, Argentina also struggled to remain in the competition and were punished by the hosts and their fiercest rivals Brazil for their continuous poor form in recent years.

Confirmation that there were problems with the communications between the referee and the VAR team prior to the match will not have lessened Argentina’s sense of injustice, although CONMEBOL have since insisted that those issues were solved and had no bearing on the contest.

Once the dust has settled there will be positives to take for Argentina, though; Scaloni’s side were far from their best for much of the tournament, but there were members of the next generation who impressed and it looks as though talisman Lionel Messi will stick around to lead them too.

There were fears the five-time Ballon d’Or winner would retire from international football for a third and final time after this latest setback, but signs now point to him delaying that until at least next summer, when Argentina will host another Copa America.

Argentina have dominated Chile in the most part of their shared history, but Argentina are still living the horrors of previous Copa Americas, where they were prevented by Chile to win a silverware after years of drought.

Trying to keep their opponents at bay again may be their best hope of toppling Messi and co once more, but this time there is a far less appealing prize at the end of the road.

Whether Messi graces the third-place playoff or not remains to be seen, but Scaloni could choose to hand his talisman a rest with one eye on the 2019-20 season with Barcelona.

There are no shortage of players ready to step up should the main man be rested, with Paulo Dybala yet to make a single start at this summer’s tournament and Angel di Maria also champing at the bit.

Giovani Lo Celso joined that superstar duo in coming off the bench against Brazil and could be in line for a start on Saturday, while Martinez is likely to keep his place with one eye on the Golden Boot.

Scaloni must also decide whether to rest more of the old guard – including Manchester City duo Nicolas Otamendi and Sergio Aguero – as he begins to usher in a new generation of players.

Chile could do with blooding some youngsters of their own in a squad that has 11 players over the age of 30, although wholesale changes are less likely for them.

Sanchez and Eduardo Vargas will both no doubt be pushing for starts given that they are also on two goals apiece and in with a shout of being crowned the tournament’s top scorer.

Jose Fuenzalida was taken off at half time against Peru and could be one of the players to lose his starting place for this match.

*All odds accurate at the time of publishing and are subject to fluctuation. T&C’s apply. 18+. www.begambleaware.org

👍 Who will claim 3rd place in Copa America?