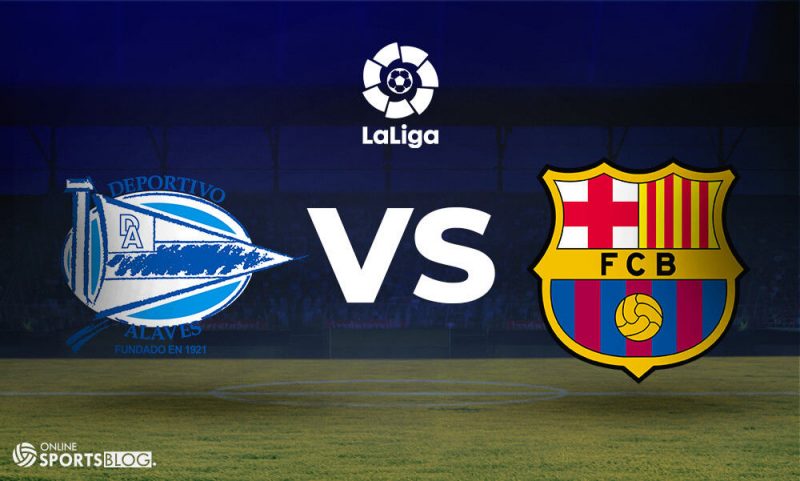 League leaders Barcelona face Alaves at the Medizorrotza Stadium as they look to take one step closer to their 26th league title.

The math is simple: two wins and the title is clinched. A win and an Atlético Madrid loss also does the trick, which means Barça could be champions without playing on Wednesday if Atleti lose at home to Valencia.

Alaves will hope to end their five-match winless streak which has led them to drop down to 8th place in the standings. The hosts had drawn 2-2 against Valladolid as a Pucelanos penalty-kick was enough to prevent Alaves from taking home the full 3 points.

Barcelona, on the other hand, hope to continue their surge towards their second successive La Liga title.

A treble remains a possibility with Barcelona out to claim a fifth consecutive Copa del Rey against Valencia next month with meetings with Liverpool in the Champions League semi-finals also on the horizon.

Wingers Takashi Inui and Burgui are unavailable for Alaves, with the latter not expected back until next season after rupturing his cruciate knee ligament in March. The Japanese international, meanwhile, has a sprained ankle.

The Basque side are also without centre-back Guillermo Maripán who has a similar issue to Inui, both men set to return within the fortnight.

Ernesto Valverde is without just one of his first-team squad members, midfielder Rafinha having been missing since November. He is nearing full fitness after the serious knee injury he sustained over the winter, but Tuesday’s clash comes too soon for the Brazilian.

Speaking of Brazilians, Valverde is likely to recall Coutinho to his starting lineup after substituting him against Real Sociedad on Saturday.

Sergio Busquets should return to the starting lineup following his drop to the bench at the weekend, while Sergi Roberto and Malcolm will possibly be given the go-ahead too. However, Gerard Pique, Ivan Rakitic and Lionel Messi could be named among the replacements as next week’s Champions League showdown with Liverpool nears closer.

​Lionel Messi put on a masterclass in the reverse fixture back in August, hitting a double as Barcelona ran out 3-0 winners. The Argentine sent out an early warning when he crashed a first-half free-kick off of the crossbar before scoring with his next dead-ball attempt, a low effort sneaking past Fernando Pacheco to break the deadlock just after the hour.

Lionel Messi has more assists than any other player in LaLiga this season (13).

Lionel Messi has also scored more goals than any other player in LaLiga this season (33).

Directly involved in 46 and tonight is his 30th appearance. 😳 pic.twitter.com/4nG8UMxLak

That success took Barça to double figures in total wins over Tuesday’s opponents, with the league leaders having lost just once to Alaves in their history. The latter have never won a home fixture against La Blaugrana, their sole victory coming at the Camp Nou in late 2016. A single draw – a goalless affair back in 2005 – completes the all-time record.