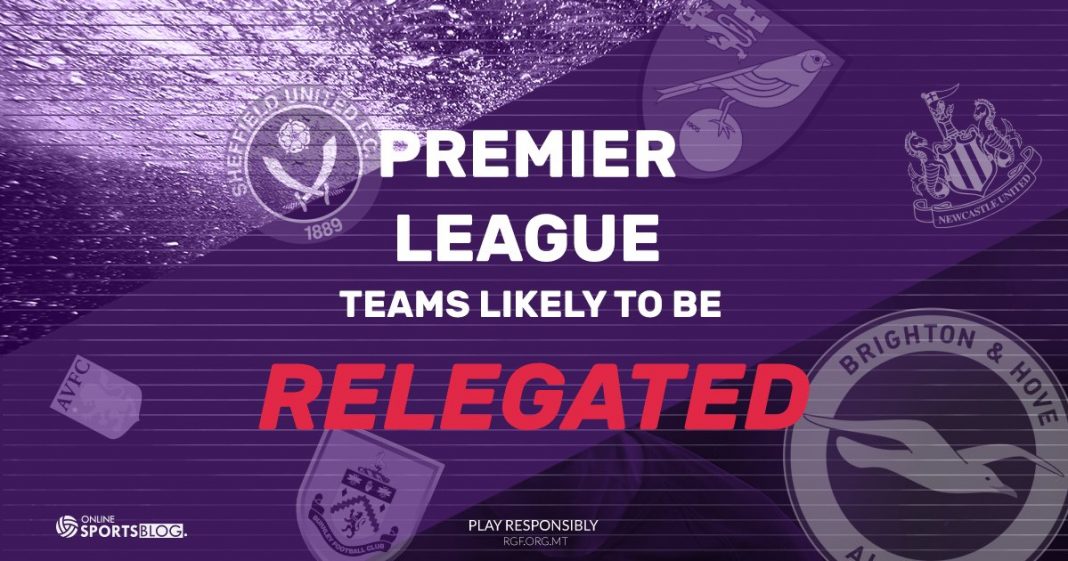 Premier League football is slowly underway, with results already showing the favourites for this season. But who will be relegated from what we’ve seen so far?

Fans can only hope that the new season brings a title race as compelling as the one witnessed last spring. But an equal and exciting race is predicted to occur at the other end of the table. Three teams are relegated each season and are automatically dropped to the Championship League, making way for newly promoted clubs.

Many clubs believe that they can do what Leicester City achieved in the 2016 season. However, there are also those clubs struggling to stay as far from the bottom of the table as possible.

It is still very early to predict who is in danger of being relegated after just 6 matchdays. So here are the six teams we believe will have a hard time this season. Will we see them relegated down to the Championship tier?

Aston Villa are back in the Premier League after spending three seasons in the Championship. Villa won the Promotion Playoffs last spring to get back to the highest level of English football. They hold a fair amount of Premier League experience, especially after adding former Burnley goalie Tom Heaton over the summer.

Midfielder Jack Grealish also has a chance to become one of the EPL’s breakout stars. However, whether they stay up could come down to whether they can score enough goals. Their new addition Wesley, a Brazilian who excelled at Club Brugge the last few seasons will help them tremendously.

Odds for Aston Villa to be relegated stand at 2.25* via Yobetit.com

Brighton barely survived last season, prompting a change of manager. Graham Potter has taken over after one year at Swansea, but now he’ll have to navigate the Premier League for the first time.

Unfortunately, the Seagulls didn’t make any high-profile signings over the summer. It all comes down to Potter to mould the same group of players into a Premier League-worthy squad.

Yobetit.com price Brighton to be relegated at 3.00*

It’s hard not to praise Sean Dyche for the job he’s done at Burnley since 2012. But the Clarets finished 15th last season, so there’s a little concern heading into this campaign. The good news is that Burnley is solid at goalie with Joe Hart and Nick Pope and has a competent center back tandem in Ben Moe and James Tarkowski.

The hope is that the return of Jay Rodriguez can give the Burnley attack enough of a boost to sit comfortably mid-table.

Burnley have odds of 4.33* to be relegated by the end of the season via Yobetit.com

The Magpies did as well as could be expected by hiring Steve Bruce as the manager after Rafa Benitez left. However, this is still a club with some uncertainty a few years after getting relegated down to the Championship for a season.

Top goal scorers Ayoze Perez and Salomon Rondon have both left the club, and no one else scored more than four goals for Newcastle last season. That means Dwight Gayle and new signing Joelinton have to find the back of the net for the Magpies to avoid a relegation battle.

Newcastle are priced at 2.25* to be relegated this season via Yobetit.com 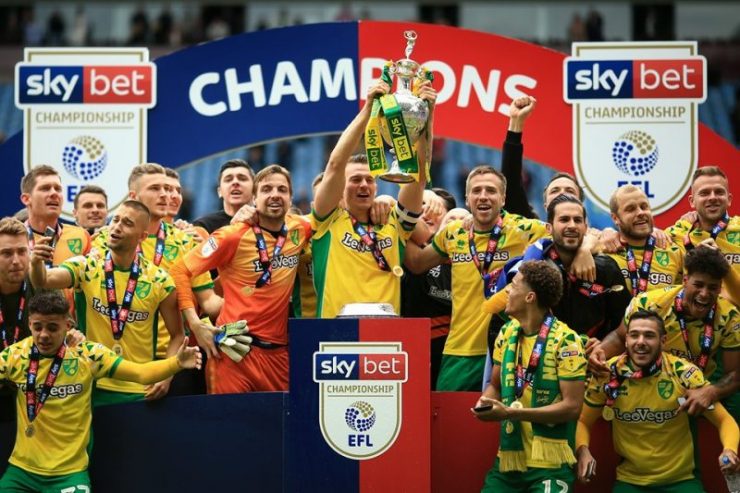 The Canaries will be confident after winning the Championship last season. However, while the club has gained promotion on multiple occasions over the past decade, they’ve struggled to stay up.

To change that trend, Norwich has done a nice job of adding over half a dozen players over the summer to help boost the overall talent in the squad. They got a great boost last season from the addition of Finish striker Teemu Pukki, who will play a massive role for the club.

Norwich is listed at 2.87* with Yobetit.com to avoid relegation.

As recently as the 2016-17 season, Sheffield United was down in League 1. They’ve had a meteoric rise under manager Chris Wilder, but now they face the ultimate challenge of staying up in the Premier League. Most oddsmakers have the Blades listed as the club most likely to be relegated.

The addition of longtime Everton center back Phil Jagielka will give Sheffield some much-needed Premier League experience. But the club is severely lacking in top-flight experience outside of Jagielka and a couple of others, which is a concern. In other words, Sheffield United will have their work cut out for them if they want to stay in the Premier League.

Yobetit.com price Sheffield United to be relegated at 2.37*

Do you agree with the teams likely to be relegated?