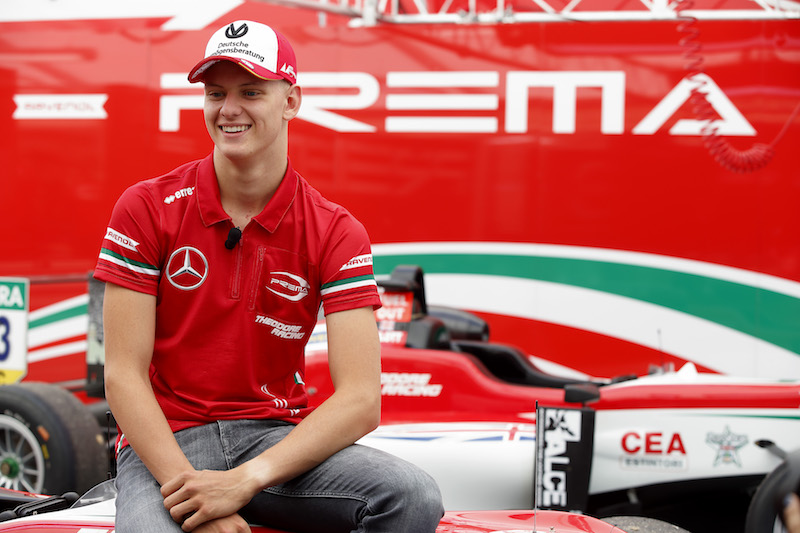 Mick started for Prema Powerteam Dallara-Mercedes in sixth place on the grid. He also suffered a collision during the opening lap because of the wet conditions.

‘It seems Spa is a good place for the Schumacher family,’ he said afterwards.
‘I’m so happy about this victory, the only thing I can say is goosebumps,’ he told German publication Sueddeutsche Zeitung. Mick said after his race at the weekend that his drive to carry after going so many races without a win was typical of being a ‘Schumacher’.

He added: ‘I do believe that I have that in my genes.’