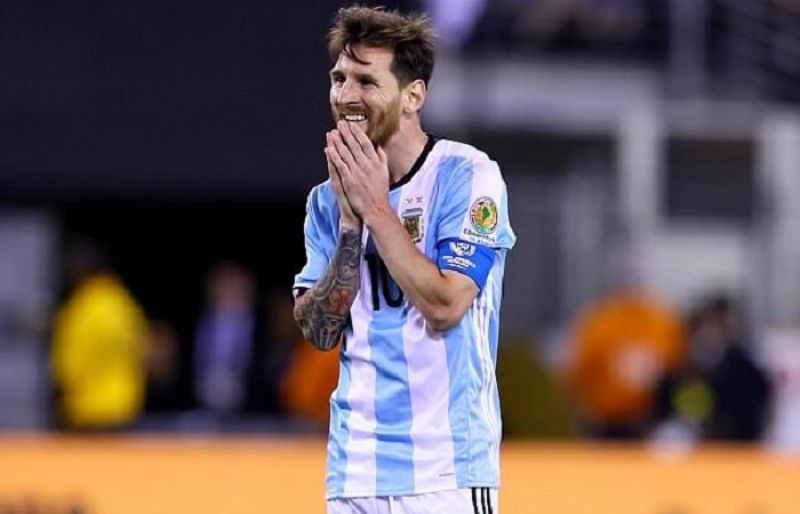 The Barcelona superstar, Lionel Messi spoke up regarding his future with Argentina. Depending on the outcome of the World Cup this summer, Messi could be seen taking a step back from international football if Argentina fail to prove their worth.

Messi, who was named ‘Player of the Tournament’ four years ago, believes Argentina’s accomplishments have been undervalued by his country’s media and says the trip to Russia could be his last.

Given the astounding talent Argentina possesses, it is quite a mystery to how the last major tournament the Argentines have won was actually the Copa America in 1993. Messi has fallen at the final hurdle on four occasions, losing three Copa America finals and the last-minute winner at the 2014 World Cup final to Germany.

“It will depend on how far we go, how we’re going to finish” at the finals, Messi said in an interview with Spanish daily Sport.

“We’ve just lost three finals in a row, which has led to us going through some difficult moments with the press,” added the Barcelona forward.

“Notably with the Argentine press because we have differences of opinion over what it means to make these three finals.”

“There are a lot of very good players but we also have quality players that any national team would want. We don’t envy anyone,” the skipper added.

Messi will turn 31 during the World Cup and is hoping to finally win a major international tournament in his name.

After just managing to qualify, Argentina has been fortunate to be handed a favourable group. Should they reach the knockout stages, Messi expects Argentina’s bid for a third World Cup title to face stiff opposition from Brazil, Germany, Spain, France and Belgium.

However, he insists that Jorge Sampoli’s side have nothing to fear in Russia.

Argentina launch their World Cup campaign against Iceland on Saturday (Jun 16) in Moscow, with games to follow against Croatia and Nigeria in Group D.

Do you think Messi will manage to reach the finals and place the long-awaited trophy on his shelf? Have your say and tweet us @osportsblog!

Are Martinez and Southgate purposely setting their teams up to fail?