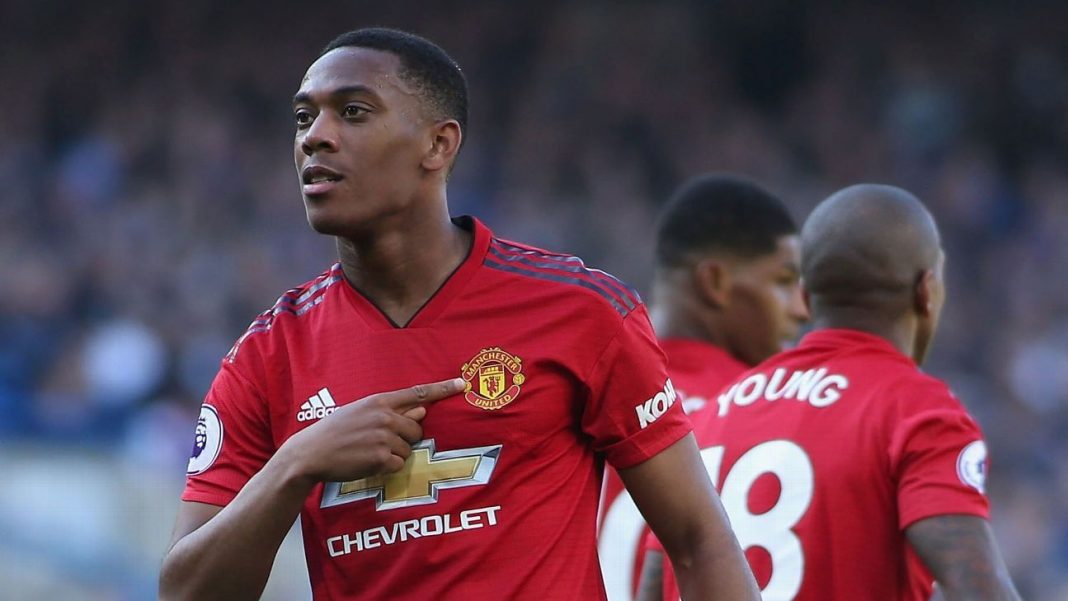 United are yet to lose a match under Solskjaer and Martial is surely one of the players to have benefitted the most since the Norwegian’s arrival at the club.

The Red Devils boss Solskjaer who took over from Mourinho in December says the French forward can reach the level of former United player and club legend Cristiano Ronaldo.

The Frenchman scored his 11th goal this season on Saturdays as the Red Devils defeated Fulham 3-0 away from home.

Solid match from the team today! Thanks to all of you for the amazing support! 3 Goals, 3 points ✅ 👏🏻 @ManUtd #MUFC pic.twitter.com/V9fb1fbqvk

In the post-match discussions, Gary Neville was the first to hint at the comparison of Martial to the Portuguese forward after the stunning solo goal against the Cottagers.

And Solskjaer agreed on Neville’s observation and he urged Martial to keep on working hard if he wants to continue to improve and achieve the success of Cristiano Ronaldo.

Ronaldo who joined United in 2003, had quite a successful period at Old Trafford having won three league titles and a Champions League trophy amongst others as well as the 2008 Ballon d’Or on an individual level. In 2009 the Portuguese moved to Real Madrid where he continued to enjoy success even more.

Martial’s finish had shades of this Ronaldo goal at Fulham didn’t it?pic.twitter.com/3LxXnGcA8q

“It was towards the end of the game and we played a very poor game and Cristiano scored it,” Solskjaer said.

“He, Martial, does have similarities, of course. If he wants to be at Cristiano’s level, Anthony knows what he has to do. It is up to him. He has the talent.

“If you look at his goal and his starting position, he is not free of defensive duties,” he said when commenting the Frenchman’s goal.

“He was in the middle of our half when we won the ball and he gets the ball 20 yards further up on our halfway line and he runs with it, so he does the defensive bit.

“He knows he needs to do some defensive work but he has got some quality going forward. He is electric and his balance, his pace, everything about him. When you are a full-back, you don’t want him running at you. He knows he has to defend.”

What is really impressive is the fact that the French forward has gone from almost being a United reject to one of the most contributing players to the team since the Norwegian manager took over less than 2 months ago.

Solskjaer said he’s glad to have Martial in his squad: “I am glad he is in my team, he has contributed to so many chances, so many goals. He is a Manchester United player. He excites the crowd. He excites the manager. He excites his team-mates. And he is a great character around the place.”

What’s next for Ousmane Dembele?