Host nation The Netherlands are one point away from making a nation proud by qualifying for the knockout stages. Inspired by the Player of the Match, goalkeeper Sari van Veenendaal, the Oranje defeated Denmark in Rotterdam. This victory means that The Netherlands have now defeated the two group favourites.

By stark contrast, two-time winners Norway are staring down the barrel of utter humiliation! Having already lost to the hosts, the initial group favourites took on Belgium. Belgium had their first ever EUROs match in the opening day of the Women’s EURO 2017. They are new to this tournament, and were yet to score a goal.

Belgium get their first ever EUROs win!

In the first match of the day, some poor goalkeeping and an assist by the lineswoman proved to be decisive for Belgium. The Belgian Red Flames were playing their second ever EUROs final tournament game.

The game in itself was quite balanced, with Norway enjoying some superiority over their lesser-quoted opponents. The first half in itself offered no real noteworthy drama. Come the second half, and the game opened up completely. Norway still pushed forward, however Belgian keeper Justien Odeurs was rarely tested. Belgium’s diminutive Davina Philtjens was looking lively, taking on all opponents that crossed her path. In the 59th minute, she delivered a cross. Player of the Match Tessa Wullaert rose to head towards goal. Norway stopper Ingrid Hjelmseth could only parry the ball, dropping it in a dangerous area. Elke Van Gorp, who was in an offside position, pounced on the loose ball to smash it home. Belgium took the lead! Van Gorp goes down in history as the first ever Belgian to score in a EUROs tournament! The roar of the crowd! The celebrations on the touchline! The sight of Odeurs rushing towards her teammates in the Norway box! It just showed what this goal meant! A goal to make the whole of the nation proud!

On the 67th minute, Norway were further punished by the underdogs. Laura Deloose delivered a long throw into the Norway area. Unmarked, Janice Cayman rose to head towards goal. Hjelmseth got down to save. However, her parry was not strong enough, and the ball bounced into the net. Goal for Cayman. 2-0 for Belgium!

Three minutes later, Norway’s number 10 Caroline Graham Hansen missed a golden opportunity to get her side back in the match. BBC player of the year Ada Hegerberg’s sister Andrine swung in a corner. Hansen volleyed towards goal, but her close range effort flew over the bar.

The rest of the game went on without any particular drama. As the final whistle blew, the contrasting scenes of jubilation and disappointment were evident. With this defeat, 2013 finalists Norway were left facing a near-impossible task to reach the last eight. Luckily for them, Denmark failed to get a point in their match. Norway now need a win against their Nordic counterparts Denmark to have any chance of progressing to the latter stages. Belgium face the hosts in a surprise bid to make it to the knockout stages. A historic day for Belgian football!

In the second match of the day, host nation The Netherlands made the most of their home support to make their nation proud! Arsenal’s goalkeeper Sari van Veenendaal was awarded the Player of the Match plaque. The award was well deserved, as she put in a great performance. The Arsenal stopper ensured her team’s victory with a top-class save to deny Denmark’s Pernille Harder.

The Oranjes went ahead after 20 minutes. Arsenal’s Daniëlle van de Donk burst into the box. 28-year old Nanna Christiansen was late, clipping her opponent’s feet in the process. The referee was left with no option. Penalty to The Netherlands! Up stepped Sherida Spitse. She drove in a pin-perfect penalty. Veteran goalkeeper Stina Lykke Petersen guessed correctly, getting down to the right. However, it was not enough for the 31-year old. Spitse’s effort hit the net to put the Dutch side ahead!

Denmark spurned a chance to level matters late into the game. In the first minute of injury time, captain Pernille Harder delivered a free-kick into the Dutch area from a distance. The Dutch defence failed to mark Nadia Nadim, leaving her unmarked, eight metres from goal. Nadim got her head to the ball, but Sari van Veenendaal was well positioned. She collected the ball to preserve her clean sheet, and to keep Denmark ahead with 2 minutes to go. That was the last action of the game, and The Netherlands won the game 1-0. A draw in their final Group B match against Belgium will see The Netherlands qualify from Group B as group winners and truly make their nation proud! 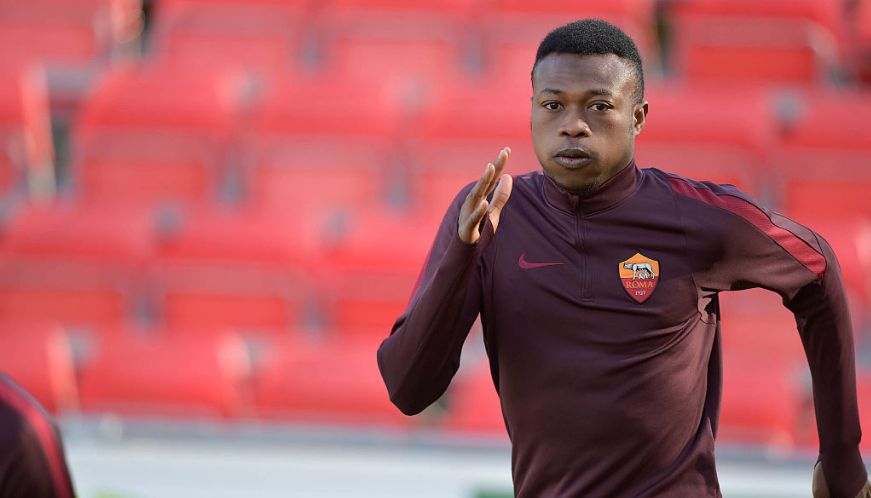