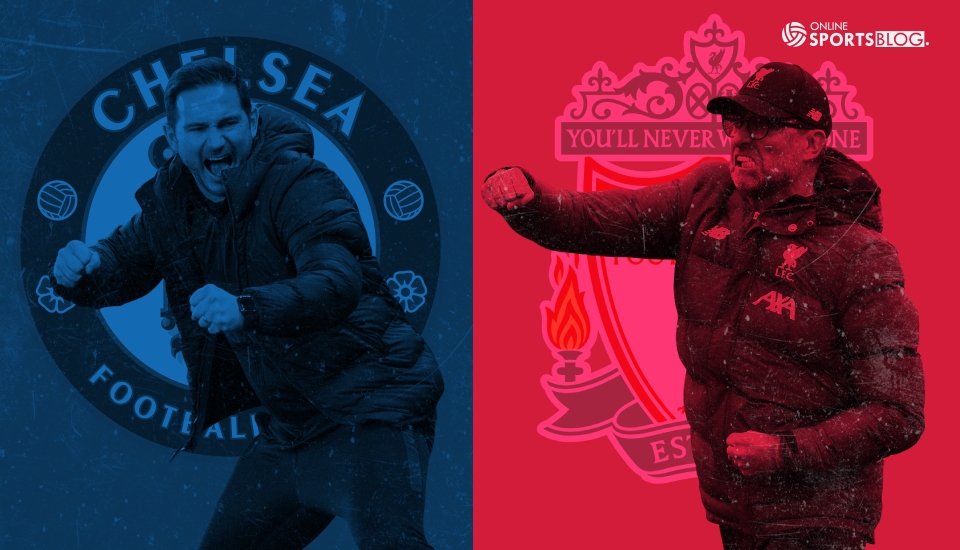 Liverpool take on Chelsea in one final hurdle before lifting the Premier League trophy. There is little riding on tonight’s game for the hosts and newly-crowned league champions. Jurgen Klopp’s side have finally managed to make history by claiming their first-ever Premier League trophy. While the Reds will be getting ready to take some post-match selfies, Chelsea have other things to focus on.

Lampard’s men are currently in third place in the overall standings. If they manage to bag a win tonight, they will qualify for the Champions League next season. Liverpool, on the other hand, have already qualified being crowned champions.

There have been many historic battles between these two sides. However, one particular game stands out above all the rest. In 2014, Liverpool were hot on the trail of their first Premier League title. Steven Gerrard, their captain, knew this was the only trophy he had never won at club level. But Chelsea, having Jose Mourinho at the helm, capitalised on the infamous slip by Gerrard himself. Demba Ba went on to score to put the visitors one goal ahead. Liverpool were top of the league that season before losing out to Chelsea.

Chelsea’s official Twitter account posted a reminder of that goal with the cheeky caption “back to Anfield tomorrow”. Unsurprisingly, it went viral, much to the pleasure of Chelsea fans, but they later deleted the tweet.

In all competitions, Chelsea have only failed to score in one of their last 21 meetings with Liverpool. Chelsea got the better of Klopp’s men in their last encounter in the FA Cup back in March. But Liverpool made their last league meeting count winning 2-1 back in September.

Joel Matip and Jordan Henderson are both definitely ruled out, while Dejan Lovren and James Milner will face late fitness tests.

N’Golo Kante has been ruled out after failing to recover from his hamstring injury, with Fikayo Tomori and Billy Gilmour also sidelined.

After 30 years of constant battling for the title, it is unfortunate that Liverpool fans will not be able to attend the ceremony due to Covid-19. Instead, the team will receive the trophy on a podium surrounded by banners made by fans in the middle of the Kop Stand.

Who’s got your bet?

While Jurgen Klopp will not allow anyone to accuse his side of slacking off, there has been an inevitable drop-off in performance since they clinched their title – dropping more points in five matches than they had in the previous 31. Liverpool to win – 2.01*

In contrast, the Blues certainly cannot afford to ease off with their place in the top four still in the balance, with an in-form Manchester United breathing down their neck. Chelsea to win – 3.65*

* Odds are subject to change.