Anthony Joshua takes on Andy Ruiz Jr early on Sunday morning, where he will defend his status as the undisputed world heavyweight champion.

Britain’s unified champion will make his debut on US soil against Ruiz Jr at Madison Square Garden on Saturday evening at 8:30pm (ET) / on Sunday morning at 4:00am (CET), land a punishing training camp appears to have taken its toll on Joshua, who has an inflamed right eyelid, a swelling under his left eye and a cut on his nose.

"I was sparring a Lion!" 🦁@AnthonyFJoshua dismisses concerns about swollen eyes ahead of world title fight: https://t.co/XxQT7HsdwV 👀

However, the 29-year old world champion has dismissed the rumours of his eye injury being something serious and he even joked about how he sustained them during a sparring session.

“What happened right, I was sparring a lion, because I really want to take this camp seriously,” Joshua said in an interview with Sky Sports.

“It’s just been tough, difficult training. I’m a fighter so the scars and stuff – look at my hands and stuff.

“That’s just another added war wound to my list of scars so that’s all it is.”

His trainer Rob McCracken has said he was pleased with Joshua’s preparations for the fight, even though Ruiz Jr had been introduced as a late replacement after Jarrell Miller failed a drug test.

“It’s been a good camp. He’s in good shape,” McCracken told Sky Sports. “The Miller change was difficult, but Ruiz is a better fighter I think.

“Ruiz is a top-level fighter and he’s dangerous.”

Ruiz from his end has been training hard for the fight and said he’s motivated and looking forward for tomorrow’s fight.

“I think my speed, the aggressiveness, the head movement is going to give him a lot of trouble.

“I don’t want to say [who said that] because then they’re going to go back over there and they’re not going to have work.” 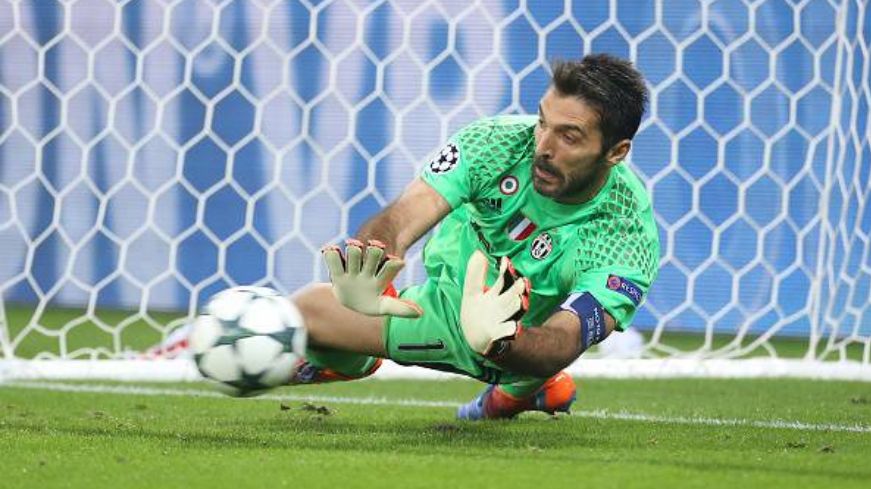 Buffon reveals the best save of his career