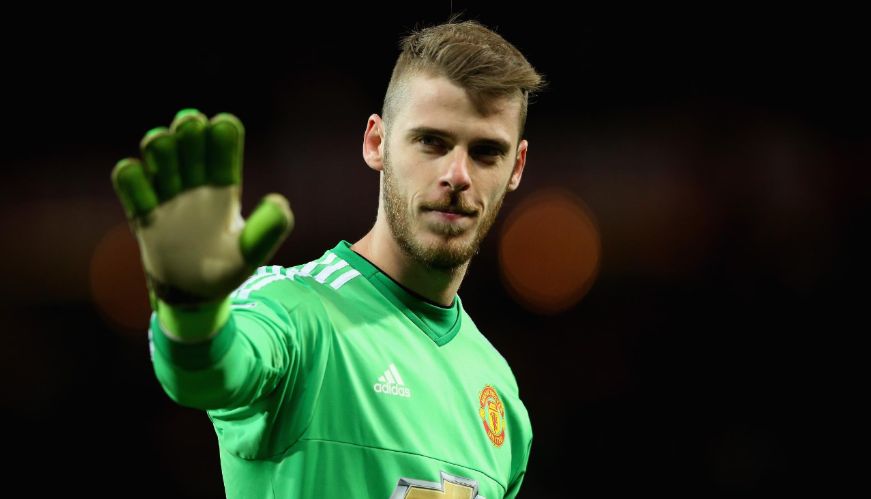 The David De Gea to Real Madrid speculation has been ongoing for a couple of years now. In 2015, an administrative delay halted De Gea’s move to Madrid. From then on, there were other attempts to complete the transfer. But they never actually materialized. Now, Manchester United manager Jose Mourinho has no doubts that De Gea will stay.

“I can guarantee that he’s not going this season, that I can.

However, Mourinho admits one thing. There was a time in point that he thought of letting De Gea move on. In fact, last summer Mourinho was already planning other alternatives to the Spaniard goalkeeper. Surprisingly, Real Madrid pulled the plug over the De Gea deal. Eventually, the 26-year-old stayed and kept building his reputation as one of the best goalkeepers around.

“He was contacted for a long time, the club was closed. Then we open because I always have this feeling of when a player has a desire to go I don’t like to stop players to go because in the end you don’t get from them what you expect from them if they want to move and they don’t move.

“So we open it and then they decide to close, and I don’t think the feeling for him is very, very good.

“I see him really happy and focused and working better than ever, so for me 100 per cent he stays with us.”

Nowadays, the top clubs have two top goalkeepers. It’s good for competition and also to cover each other. Mourinho has two incredible goalkeepers! Spain and Argentina’s number one goalkeepers. Above all, Mourinho showed that Romero is equally important as De Gea after offering him a four-year contract recently.

“I’m impressed with (Romero) but I’m also impressed with David. I think the best thing that could happen to David was the way Romero played last season because until then David was clearly a safe man, an undoubtful choice – and after what Romero did last season, David thinks he’s training in another way.”

Mourinho was still undecided when asked if he would play one goalkeeper specifically for Europe, same as last season.

“I think I will decide on goalkeepers match by match, yeah.

“I’m not going always to be jumping from keeper to keeper, match, match, match. No, but I will try to analyse and the only thing I can say is that we all, not just me, trust both goalkeeper a lot.”

Can Manchester United make it to the top 4 by January?