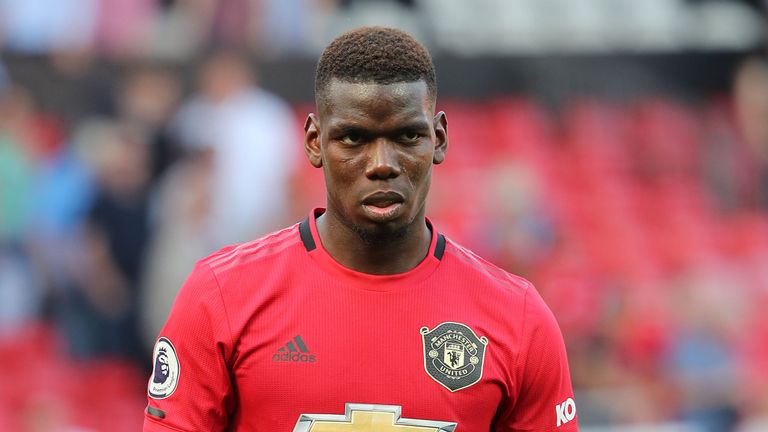 Le Havre chief recruiter Franck Sale believes the Frenchman will definitely seek a new challenge but that all might not be well if he joined Madrid.

Paul Pogba will likely depart Manchester United but he could clash with Zinedine Zidane if he joins Real Madrid, according to the man who helped start the midfielder’s career.

The World Cup winner has been consistently linked with a transfer to Los Blancos since declaring he wanted a new challenge prior to the Red Devils’ pre-season commencing.

But the man who played a key role in discovering the superstar midfielder says Pogba is always likely to clash with his managers – citing the issues with Sir Alex Ferguson that saw him leave Manchester United the first time.

"If Pogba has a coach with a strong personality, there will be a clash. His relationship with Alex Ferguson was complicated too. When he says, 'I'm leaving', he's leaving. If tomorrow he goes to a big club like a Real Madrid, he'll still have his conflicts, even with Zizou."

“If Paul has a coach with a strong personality around him, in time there will be a clash somewhere,” Le Havre head of recruitment Franck Sale told Optus Sport.

“When he left for Juventus a few years ago, with Alex Ferguson that was very complicated too. Paul didn’t concede because he has such a strong character. So when he says, ‘I’m leaving’, he’s leaving.

“If tomorrow he goes to a big club like a Real Madrid, he’ll still have his conflicts, even with Zizou Zidane.”

Sale’s scouts spotted Pogba playing in Paris when he was 12 years old and in a two-year period, he was signed by Le Havre to continue his football development.

And he believes the Frenchman has become too comfortable at Old Trafford and that he’s ready for a new challenge away from the club.

“Paul is a man who needs to be challenged. I think he is becoming too comfortable at United. It’s not as demanding for him as it was a few years ago,” Sale said.

My ancestors and my parents suffered for my generation to be free today, to work, to take the bus, to play football. Racist insults are ignorance and can only make me stronger and motivate me to fight for the next generation. pic.twitter.com/J9IqyWQj4K

“I think he is ready for a new challenge, that’s obvious. I can see him leaving for another big club searching for this new challenge.”

The sale also revealed that Pogba displayed leadership qualities when he was a young player and that he has always been mentally strong and with the confidence to play the game his way.

“It was him who led everyone, so I’m not surprised by his strong personality today,” he said.

“You could see that he was already technically skilful. He possessed a strength of character and had a self-assurance that some would call arrogance.