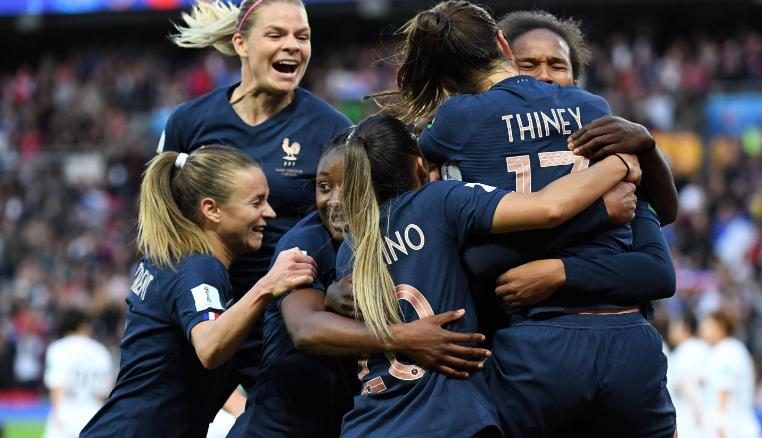 France opened a home World Cup that it hopes to win on Friday with a performance that will raise hopes that it is up to the task. Wendie Renard’s two goals, bookended by an early strike by Éugenie Le Sommer and a late one by Amandine Henry, led France to a 4-0 victory of South Korea at the Parc des Princes in Paris.

France’s victory was overwhelming and its dominance comprehensive: it outshot the Koreans by 21-3 and won 13 corner kicks to Korea’s one. The French were physically, technically and tactically superior at every position.

Renard, France’s tall center back, twice lost her markers to head in corner kicks with ease; Le Sommer scored off a steal and a cross by Henry; and Henry, France’s captain, delivered the final blow with a curling right-footed shot in the 85th minute.

France, which has never reached the final of the World Cup, has forged itself into a title contender behind its coach, Corinne Diacre, and a team that plies its trade in the country’s domestic league.

The French are considered the top challenger to the United States, the defending World Cup champion, for the title this summer. Friday’s performance will have them believing it is possible. Its next test comes Wednesday, against Norway in Nice.

Defending champions the United States will get their campaign underway against Thailand on Tuesday, with England and two-time winners Germany among the other teams being strongly tipped for success.

Six groups of four teams will compete for the 16 places in the knockout phase, with the top two teams in each group qualifying automatically, as well as the four best third-placed sides.

What Russia Is Doing Ahead Of World Cup Will Shock Many