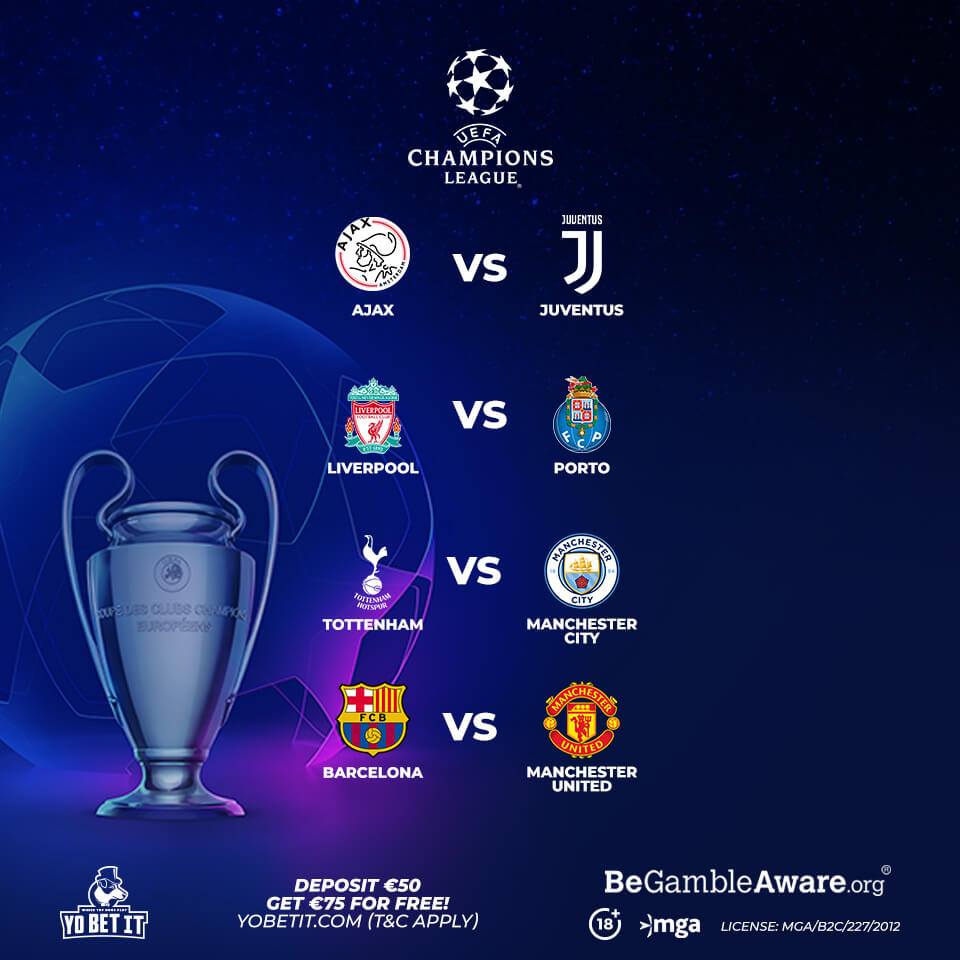 The draw for the quarter-finals of the Champions League have been made, with the remaining eight teams learning of their routes to the final.

With defending champions Real Madrid knocked out, favourites Barcelona have a tough tie against the revived Manchester United in a repeat of the 2009 and 2011 Champions League finals.

Last year’s beaten finalists Liverpool received arguably the most favourable draw after being paired with Porto, while Premier League leaders Manchester City will face Tottenham Hotspur – another English side who were beaten by Pep Guardiola’s men 1-0 last October.

And, in the final tie of the round, Cristiano Ronaldo will take his Juventus side to Ajax who brilliantly beat defending champions Real Madrid in the last-16.

Routes to the final confirmed

As well as the quarter-final ties, Uefa also made the draw for the semi-finals setting up some potentially tasty ties.

The winner of Tottenham and Man City will take on Ajax or Juventus, while Manchester United or Barcelona will face Liverpool or Porto.