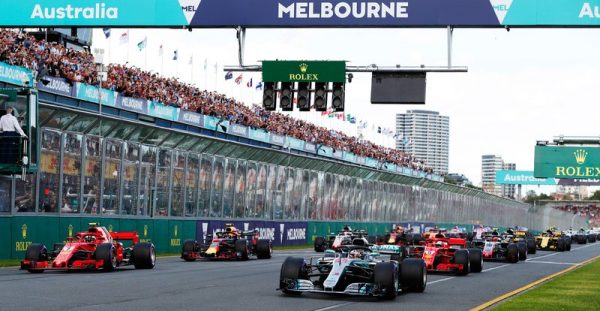 Haven’t tuned into any F1 news since the chquered flag fell in Abu Dhabi last November? Fear not – here’s what’s new this season…

What’s New: Revolution took place at Maranello through the winter. The most notable changes? Long-serving Ferrari engineer Mattia Binotto takes over as team principal from Maurizio Arrivabene, bringing in a more open approach; and Charles Leclerc replaces Kimi Raikkonen, becoming Ferrari’s youngest driver for over half a century. Tally in all the changes that took place through the course of last season, and this is a vastly different Scuderia to the one that arrived in Melbourne 12 months ago.

What’s new: Where to start? A brand-new driver line-up of Carlos Sainz Jr and Lando Norris, the latter making his Formula 1 debut this year, along with new management personnel. McLaren Racing CEO Zak Brown has brought in Andreas Seidl from Porsche as managing director and James Key from Toro Rosso as technical director to work alongside Gil de Ferran who was named sporting director midway through last year.

What’s New: Not a huge amount. Naturally, a new car, and a tweaked livery. Valtteri Bottas has a new set of engineers, and the team has support from both Esteban Ocon and Stoffel Vandoorne back at base. But otherwise, the status quo has largely remained for 2019.

What’s New: Red Bull is harnessing ‘the power of dreams’ in 2019 after linking up with new engine partner Honda, having ended its increasingly-fraught relationship with Renault after 12 seasons. Pierre Gasly also arrives at the team to partner Max Verstappen, stepping up after just one full season to replace Daniel Ricciardo.

What’s new: Star signing Daniel Ricciardo dominates the attention having left Red Bull this winter, while behind the scenes Renault continues to expand both its engine and team bases. Renault also concentrates its efforts on just its works outfit and customer squad McLaren with Red Bull splitting for Honda power this winter.

What’s new: An all-new driver line up with the returning Daniil Kvyat partnering rookie Alexander Albon, while Jody Egginton has been promoted to technical chief in place of McLaren-bound James Key.

What’s new: Another team with an all-new driver line-up for 2019 with Robert Kubica gaining promotion from third and reserve driver to frontline race driver while Formula 2 champion George Russell makes his F1 debut with the team. A new title sponsor also jumps on board in ROKiT following the departure of Martini.