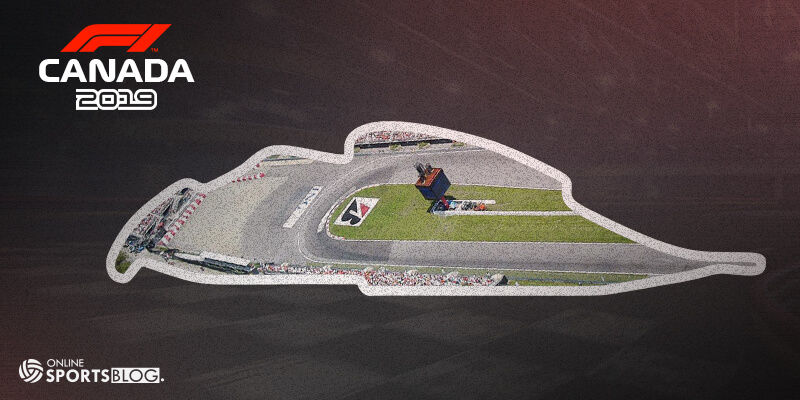 Charles Leclerc led a Ferrari one-two in second practice at the Canadian Grand Prix after Lewis Hamilton crashed his Mercedes.

The Ferrari duo have been lagging behind Lewis Hamilton and Valtteri Bottas since the start of the season. Montreal seems to be the place where this might turn around for the Scuderia as Leclerc edged Vettel by 0.074 seconds in Friday’s practice run – ahead of Mercedes.

The world champion Lewis Hamilton had been quickest on the day, however, he lost control in the chicane at Turns Eight and Nine, losing the rear and clouting the concrete wall on the outside of the track.

He managed to return to the pits despite a punctured tyre but the incident damaged his car’s floor. Mercedes changed the rear end of the car as a precaution and he was unable to take any further part in the session.

Ferrari had looked off the pace throughout first practice and through the first runs of the second session, lagging a second or so behind the Mercedes.

But Vettel went fastest on his first lap on low fuel and soft tyres midway through the session. The four-time champion was just over 0.1secs quicker than Leclerc after their first laps, but the Monegasque improved on his second while Vettel could only repeat his first lap time.

Mercedes have won all the first six races but Ferrari were expected to be more competitive in Canada because the track’s layout – compromised of long straights and slow corners – plays to the strengths of their car.

In that sense, it is similar to Bahrain and Azerbaijan, both of which Ferrari could have won if they had not run into problems of one kind or another.

Red Bull’s Max Verstappen, who had been close behind the Ferraris earlier in the session, clipped the wall in the final chicane on his fastest lap, as he lost front grip close behind his team-mate Pierre Gasly. The Dutchman ended up 13th, one place ahead of the Frenchman.

The Wall of Champions is calling…

And Max *almost* answers it, with a solid skim halfway through FP2 😬#CanadianGP 🇨🇦 #F1 pic.twitter.com/nCrV2XQHD8

McLaren’s Carlos Sainz was a highly impressive fourth quickest, just 0.376secs off the pace and 0.382secs ahead of the Haas of Kevin Magnussen in fifth.

“I think we had one of the best Fridays of the season but I don’t believe we are fourth fastest,” said Sainz. “We are behind the top three teams. Tomorrow will be back to reality.”

Sainz’s strong progress continued on his race-simulation run, which was considerably quicker than Vettel’s on the same soft tyre, although all drivers were struggling with overheating and the tyres were losing pace very quickly.

But it was Bottas who set the pace in race time. His long run on the soft was just over 0.6secs quicker on average than Sainz, as the drivers and teams struggled to understand how the tyres will behave in race conditions.

Less than a second covered the top 10 cars – and less than two the top 17.

The other British driver George Russell was 19th, his Williams team well off the back of the field as usual Russell just under 0.3secs quicker than team-mate Robert Kubica, who did not take part in the first session as his car was being used by reserve driver Nicholas Latifi.