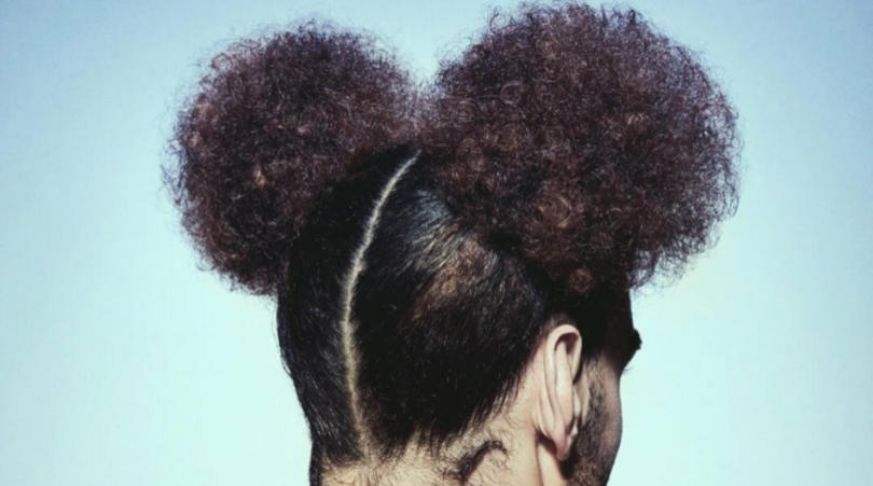 Manchester United midfielder Marouane Fellaini is most probably renowned for his Afro hairstyle rather than his football skills. With his tall stature and trademark hairstyle he is quite recognizable when playing in the middle of the park. Far away from the football field, Fellaini decided to show himself in a different perspective. In fact, he decided to undergo a photo shoot with GQ magazine portraying various different hairstyles.

With GQ he sat down and discussed various matters regarding his football career. But apart from that, he tried out some fancy hairstyles that certainly caught the eye of the people outside. The couple of photos here, we can see Fellaini with his locks turned into a Mickey-Mouse style pigtails and another style with the insertion of a bandana. Besides his fashion shoot, the Belgian giant discussed his approach to football. The 30-year-old rejects the claims that his style seeks to rough up opponents and destroys opponent’s attacks.

“It think it’s easy for them to portray me as an aggressive player, but I’m not,” Fellaini explains.

“I try to play my game, I try my best to recover the ball quickly: that’s my job. Try to be better all the time, to give my best for the team, for the club. I always want to improve.”

“We hope to do better than at the last World Cup and Euros. We have a great squad and we’re four years more experienced,” Fellaini added.

“We’re ready and want to do something special for the Belgian fans.”