There was a shock in Q1 as Pierre Gasly – making his Red Bull debut – was eliminated after only a single run, with one second splitting P1 and P16.

He explained after: “I think we’ve been quite optimistic and we didn’t expect the pack to be so close like this. It’s pretty tough because I felt pretty good in FP3 and I was pretty happy with the lap. We are clearly not where we want to be. It was quite a surprise.”

Renault were left disappointed as Daniel Ricciardo – looking to become the first Australian ever to achieve a podium finish at Albert Park – and team-mate Nico Hulkenberg failed to make Q3 despite being billed as the fourth-quickest team on the grid.

McLaren rookie Lando Norris enjoyed a stunning first qualifying session to squeeze his car into Q3, coming in at 8th, while team-mate Carlos Sainz ended down in 18th.

McLaren were meanwhile fined €5,000 (£4,300) for an unsafe release of Norris in front of Robert Kubica in the pit lane, with the Polish driver struggling in the uncompetitive Williams on his first return to F1 since 2011 after suffering a serious injury in a rallying crash that year.

Rookies Norris, Alexander Albon and George Russell all out-qualified their team-mates – although the latter came 19th, one ahead of last-placed Kubica.

A kiss for the wall and a puncture for Robert Kubica at the end of Q1 on Saturday 👀 #AusGP 🇦🇺 #F1 pic.twitter.com/58GFDQvB18

Hamilton – who also topped all three practice sessions – has started on pole seven times before but has only translated that into two wins in Melbourne and will be looking to achieve his first triumph since 2015 this year.

He has now finished on pole at the Australian Grand Prix in all of the last six seasons. 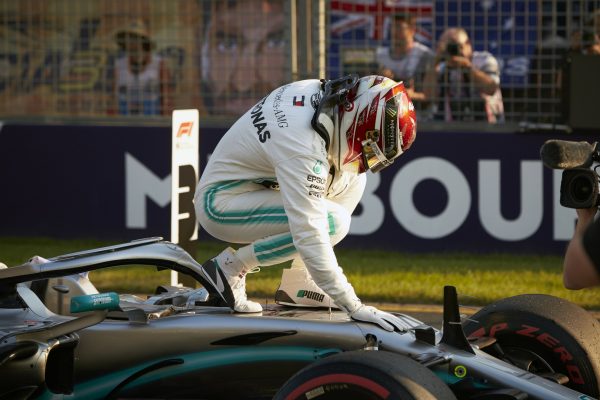 Hamilton and team-mate Valtteri Bottas both set track records with scintillating laps but it was the Brit who came on top with a stunning 1:20.486 as the Silver Arrows secured a front-row lock-out.

Ferrari were bidding for a first pole position in Melbourne since 2007 – while Vettel had not started on pole here for six years – but found themselves significantly behind with Vettel over half a second off of Hamilton come the end of qualifying.

The German did, however, win this same race from third last year.

Hamilton, meanwhile, earned his 58th pole with Mercedes and joins Ferrari legend Michael Schumacher with the most poles in F1 history with one team.

He levels legends Schumacher and Ayrton Senna on owning the most pole positions on one track. This is the eighth of his career at this circuit with Schumacher boasting the same feat at Suzuka and Senna doing so at Imola. 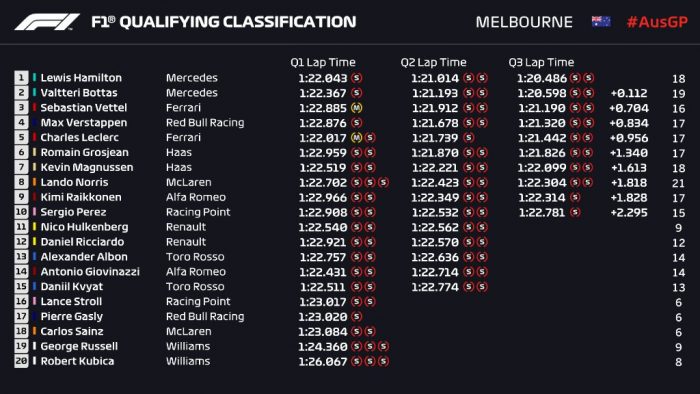 A Step In The Right Direction For Honda