Key dates and lineups for the 2019 F1 world championship

A 21-race calendar has been confirmed along with the 10-team, 20-driver line-up ahead of a season which will see the biggest shake-ups in F1 for almost a decade. China will be playing host to the 1000th Grand Prix at the Shanghai International Circuit. With launch week and testing on the horizon, here’s all the dates you will need for F1 2019: 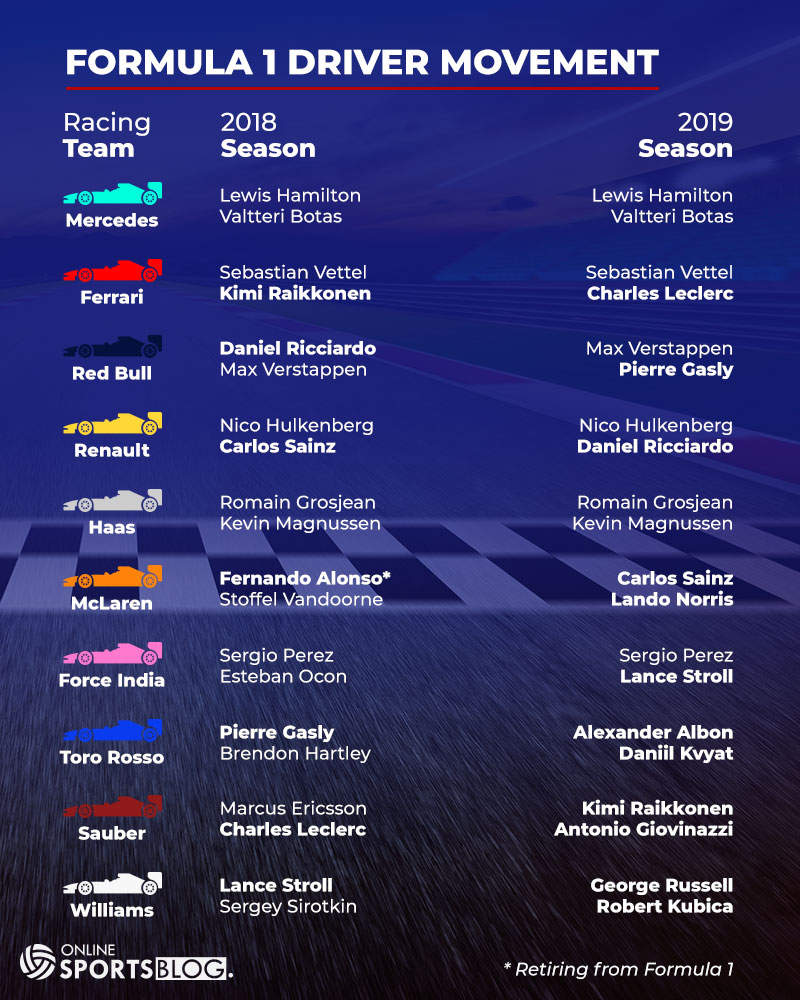 We’re so excited about the new season, but what we want to know is… who’s your favourite F1 driver going into 2019? Check out latest F1 2019 Winner Odds at Yobetit.