We take a look at a selection of Europa League matches coming up this week and provide a betting tip!

Europa League games are usually played at 18:55 or 21:00 CET on Thursdays, while the Champions League is played on Tuesdays and Wednesdays.

Braga are located just 20 minutes from Vitória and are due to face Besiktas on Thursday, November 7. So, Uefa have rescheduled Arsenal’s trip to Vitória to Wednesday, November 6 with the unusual kick-off time of 16:50 CET.

Vitória won all three of their qualifying home games this summer, scoring 11 goals and conceding none – but a sequence of six European matches unbeaten in Guimaraes (W4 D2) ended on Matchday 2 against Eintracht Frankfurt.

The Gunners remain at the top of Group F following their 3-2 victory over Primeira Liga. If Arsenal win and Standard Liège do not beat Frankfurt in the other Group F fixture, the Gunners will make it through.

Meanwhile, Eintracht, who defeated Vitória SC 1-0 away on Matchday 2, are bidding to make it three wins in a row after their unbeaten home record in the UEFA Europa League was shattered by an opening 0-3 defeat to Arsenal.

Standard, meanwhile, began their campaign with a 2-0 home win against the team from Guimaraes before going down 4-0 in London, and are therefore looking to avoid a third successive defeat.

Los Sevillanos will be hoping to seal their spot in the Europa League knockout stages with yet another win over F91 Dudelange, and we are sure that the Spaniards will take this match seriously.

Dudelange do not seem to be capable of matching the star-studded Spanish outfit. Dudelange’s only prior encounter with Spanish opposition came last season when they faced Sevilla’s city rivals Betis in their UEFA Europa League group.

After falling defeat to Seville 3-0, Dudelange bowed out with a 0-0 draw in Luxembourg that brought them their only point of the campaign.

Another win will secure the Spanish side’s progress to the round of 32.

With two Group D victories under their belt already, PSV Eindhoven will be aiming to take another step closer to the knockout phase as they host LASK.

It will be LASK’s first competitive encounter against Dutch opposition.

PSV have played 12 games against Austrian clubs and won nine, including six out of six in Eindhoven, where they have scored 15 goals and conceded three, most recently beating St Pölten 1-0 (and 4-2 on aggregate) in the 2014/15 UEFA Europa League third qualifying round.

PSV have struck seven goals in accumulating their six points, three of them scored by 20-year-old Donyell Malen, who got one on Matchday 1 at home to Sporting CP (3-2) and two on Matchday 2 at Rosenborg (4-1).

LASK, meanwhile, beat the Norwegian champions 1-0 at home before surrendering a half-time lead and going down 2-1 in Lisbon.

Feyenoord are facing an uphill battle to qualify from Europa League Group G after losing away to Young Boys two weeks ago. However, they can quickly gain their revenge in Rotterdam.

Home advantage has been a decisive factor in the fixtures so far in this pool, and we predict that the trend will continue at De Kuip on Thursday.

Feyenoord are at the foot of the table, having lost away to Rangers and Young Boys, but they did see off Porto 2-0 here on Matchday 2.

Young Boys capitalised on a couple of defensive lapses when Roger Assale and Jean-Pierre Nsame both converted penalties in the first half of a 2-0 home win over Feyenoord.

However, they weren’t overly convincing that night, as Feyenoord had 61 percent of the possession and more attempts on goal from open play.

Manchester United a two-point lead at the top of Group L after a 1-0 win at Partizan on Matchday 3 courtesy of Anthony Martial’s 43rd-minute penalty.

Partizan have only managed four wins in 16 games against English clubs (D1 L11), the most recent of those – 1-0 at Newcastle United in the final qualifying round of the 2003/04 UEFA Champions League – being their sole away victory in eight visits (L7) and heralding a penalty shoot-out triumph that put them into the competition’s group stage for the first time.

Oleksandriya and St-Etienne are both yet to record a win in the Europa League this season.

Fans have reason for optimism with regards to Oleksandriya seeing that they did well to hold Saint-Etienne to a draw in France. Furthermore, the Ukrainians played out a 1-1 draw with Gent in their first home game of the process.

Les Verts have been struggling to find their best form this season, and we don’t predict they will manage to get a win here. 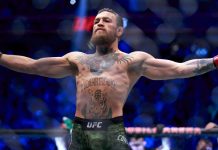