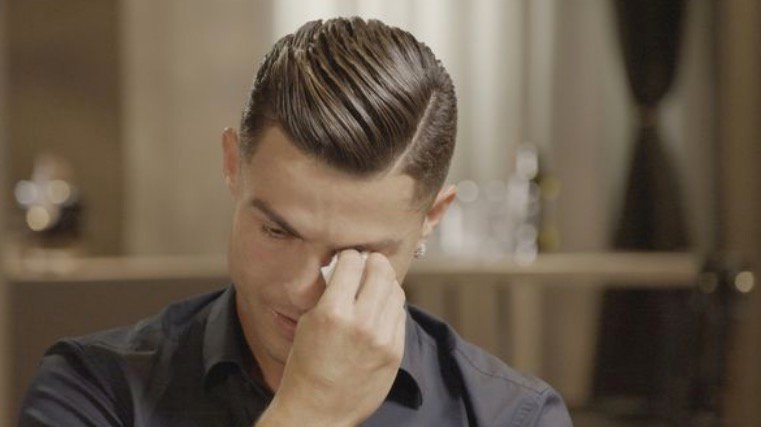 Cristiano Ronaldo broke down in tears during a TV interview with Piers Morgan after being shown footage of his late father he had never seen before.

During an hour-long chat with Piers Morgan, the Manchester United legend saw the film of Jose Dinis Aveiro talking of the pride he felt for his son.

Ronaldo was just 20 when his father died of liver failure at the age of 52 after battling alcoholism.

And the Portugal and Juventus superstar couldn’t suppress his emotion as he explained how his dad didn’t live to see his historic achievements in the game.

Asked how it felt to hear his father talking of his pride at his son’s achievements, the former Real Madrid player added: “Yes, a lot.

“I think the interview would be funny, but I didn’t expect to cry. But I never saw these images. I don’t know where you… I have to have these images to show my family.

“But I really don’t know my father 100 per cent. He was a drunk person. I never spoke with him, like a normal conversation. It was hard.”

Ronaldo had only been at Man United for a couple of years when his father passed away and so missed many of the biggest moments of his career.

Those include five Champions League titles, the same number of Ballons d’Or and leading his country to Euro 2016 glory and also the Nations League trophy.

The 34-year-old father of four said: “My family see, my mum, my brothers, even my old son, but my father, he didn’t see [anything], and it was… he died young.”

Ronaldo also revealed he plans to marry his girlfriend Georgina Rodriguez one day, but not just yet.

Danny Welbeck to leave Arsenal on a free transfer