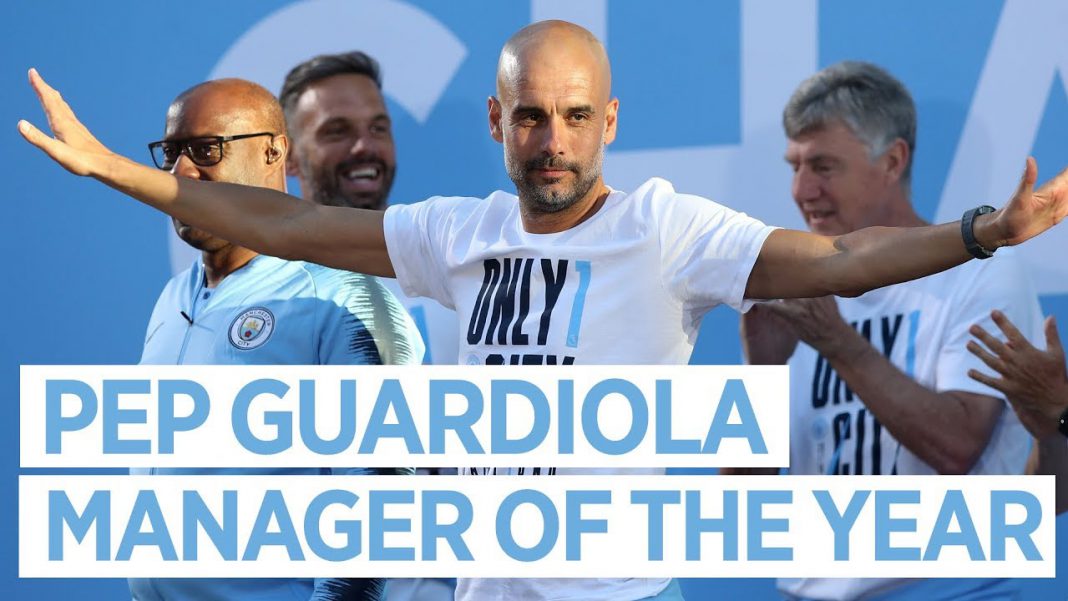 Having led City to a record-breaking season, the former Barcelona and Bayern Munich manager was seen to collect a Premier League Manager of the Season and LMA Manager of the Year double on Tuesday.

The League Managers Association (LMA) award is the most prestigious award in English football. It is voted for by fellow managers and the winner can come from any of the four professional leagues.

“All the other managers deserve this. They had an amazing season. You have to choose one, I was this one,” Guardiola said.

“We played good and we are happy for that. Of course, always I think the records are a consequence of our game, our consistency. To make these type of numbers you have to be solid for months, and not just a short period.

“I am at a fantastic club – it is a family. The organisation is excellent. I was at Barcelona and Bayern Munich. Manchester City – I feel at home.

“The investment was so important and the quality of our players made the difference. When I was a little boy I always say England was a little bit like a paradise.

“Everybody wants to be here. I want to say thank you to the Premier League for giving me the opportunity to be here, to share with my family, living here in England.

“The last 10 years nobody has won back-to-back so that is the challenge.”

The LMA League One Manager Of The Year award went to Shrewsbury’s Paul Hurst, whose team finished third behind Blackburn and champions Wigan. The Shrews saw off Charlton to book their place in the play-off final at Wembley, where they will face either Scunthorpe or Rotherham on May 27.

Chelsea manager Emma Hayes won the FA Women’s Super League award after leading her side to a league and cup double.

Can Guardiola repeat his achievements next season? Leave your comments below.