A guide to this year’s Grand Prix in Shanghai, including specifications, standings and odds

This year’s Chinese Grand Prix is truly a milestone in the history of Formula 1, as the Shanghai circuit hosts the 1000th race of the championship.

Ferrari might be 39 points down on Mercedes, but their pace in Bahrain – before issues – showed a serious statement of intent…

Lewis Hamilton is the most successful driver at the Chinese GP with five wins. Mercedes have five victories at the Shanghai International Circuit, and have won four of the last five Chinese GPs.

It looks to be a close fight between Mercedes and Ferrari this weekend. The length of the pit straight should work in Ferrari’s favour in a straight line, however, there are many overtaking opportunities, especially into the never-ending turn one, which Hamilton will exploit. 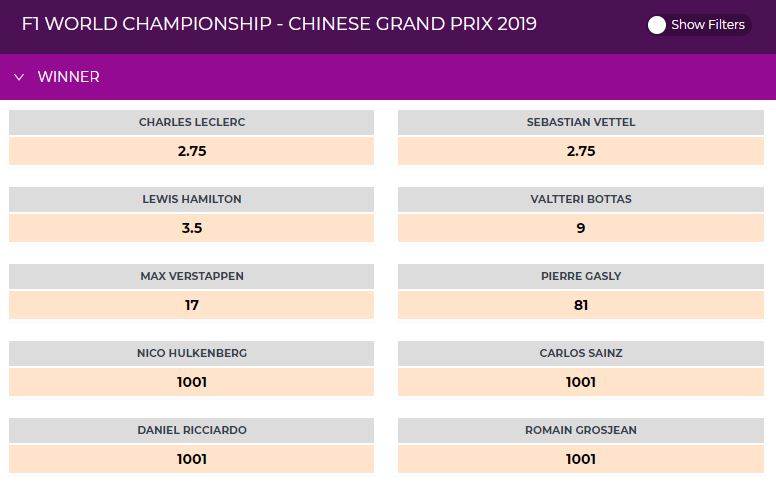 Manchester City at risk of Champions League ban for next season