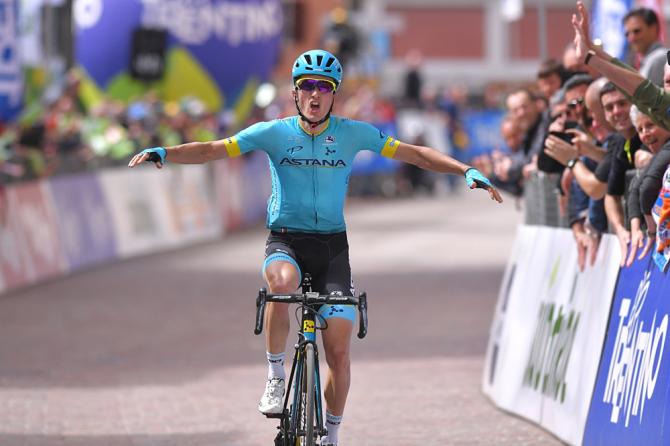 Spain’s Pello Bilbao claimed the seventh stage of the Giro d’Italia on Friday, an undulating 185km ride from Vasto to L’Aquila.

Astana’s Pello Bilbao has taken the victory of the seventh stage of the Giro d’Italia. The Spaniard was part of the breakaway of the day and crossed the finish line ahead of Tony Gallopin and Davide Formolo.

The stage was 185 kilometres long between Vasto and L’Aquila and took the riders through a rolling course that included one climb of the second category and other non-classified climbs.

The day started with the news of the withdrawal of Fernando Gaviria (UAE-Team Emirates) due to pain in the left knee.

Behind them, the peloton was at first pulled mainly by the UAE-Team Emirates protecting the Maglia Rosa but as the kilometres past and the gap extended, other teams with GC favourites also started working to avoid any surprises in the overall standing.

The climbs managed to slim down the escape group and the peloton and riders like De Gendt and Ruben Plaza (Israel Cycling Academy) were left behind.

Most of the breakaway managed to arrive to the last 10 kilometres however and there were attacks from riders like Formolo, Lucas Hamilton and Rojas. But the winning move was made by Bilbao just before the flamme rouge and he could maintain a good gap to take the first victory in a grand tour of his career.

The Spaniard crossed the finish line five seconds ahead of Gallopin and Formolo, while Hamilton and Cattaneo were in fourth and fifth place respectively.

The peloton -including the wearer of the Pink Jersey Valerio Conti- crossed the finish line one minute and seven seconds behind Bilbao, which means that the rider of UAE-Team Emirates retained the lead of the overall classification. 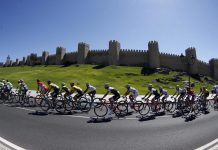 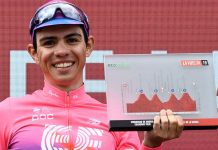 Primoz Roglic closes in on glory after stage 18 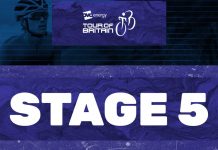 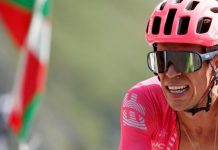 Update: Uran is lucky to be alive 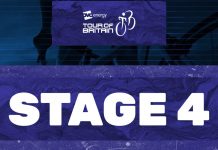