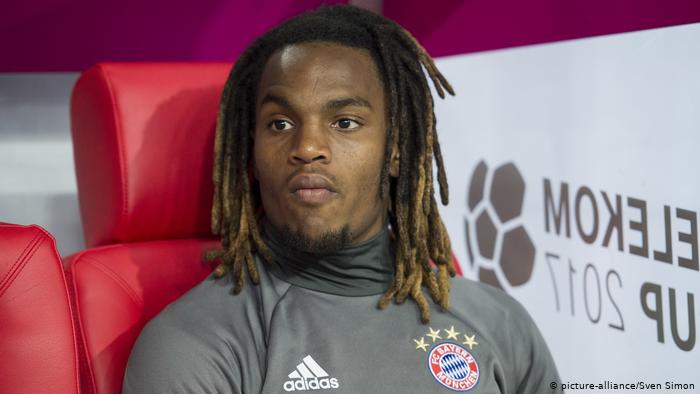 Renato Sanches’ public criticism of Bayern Munich for apparently not letting him leave the club has been met with bafflement by sporting director Hasan Salihamidzic.

The Portuguese midfielder was not shy about voicing his displeasure with his team following Friday’s game against Hertha.

The 22-year-old joined Bayern to much fanfare in 2016 after impressing with Benfica and Portugal, establishing himself as one of the world’s most promising teenagers.

But things have not gone to plan for Sanches in the Bundesliga, struggling before and since an unsuccessful loan spell at Swansea City in 2017-18.

Niko Kovac’s appointment at Bayern last year appeared to provide Sanches with hope of kickstarting his career in Germany, but again his impact was underwhelming.

After a five-minute cameo in Friday’s 2-2 draw with Hertha Berlin, Sanches complained about his playing time and questioned why the club had twice refused to let him leave, much to Salihamidzic’s confusion.

“Renato has played three times since the start the season,” Salihamidzic told reporters during the presentation of new signing Mickael Cuisance, midfield challenger to Sanches’ place in the squad.

“Against Borussia Dortmund he was subbed on, in the DFB-Pokal he started and this weekend, although it was only for five minutes, he was also subbed on.

“Therefore, I didn’t really understand why he had to make these remarks. We will see [if he stays], I already explained on Monday that we’ll keep all our options open until September 2 [when the transfer window closes].

“Other than that, I don’t want to say much more about it.”

Cuisance, 20, will be hoping to not fall short of expectations at Bayern like Sanches, with Salihamidzic revealing the club to be long-time admirers of the France youth international talent, who joins from Borussia Monchengladbach for a reported €12million.

“We always tried to get him to Bayern,” Salihamidzic said of Cuisance. “He is a player who can play all positions in midfield.

“He is a very creative player with a very good left foot. He is very creative and feels comfortable in a small spaces. Even under pressure, he has no problems and has great technique.

🗣 @Brazzo: "I am very happy that we could bring @MichaelCUISANCE to Munich. We have been watching him for a long time, he has great potential." #ServusMichaël #FCBayern pic.twitter.com/X4kMDtE2Fn

“He has a very good idea of the game, which has been seen in the French youth teams. He also showed this in his first year in Monchengladbach, so he is very interesting for our team.

“We expect him to develop further here and I’m sure we’ll have a lot of fun with him.”