It might still be too early for the start of Premier League-winning celebrations, but Saturday has surely been quite a satisfying day for Liverpool fans!

While Liverpool talisman Sadio Mane was busy bullying Newcastle at Anfield, the Pep Guardiola army were still yet to take on newly-promoted side Norwich at Carrow Road. And that didn’t go well at all!

In fact, Manchester City were 2-0 down just after 30 minutes and it only went from bad to worse. The match ended in a 3-2 defeat for the Citizens with Norwich (as well as Liverpool) left in ecstasy with the result.

Fresh off of Champions League success, the Reds are on their way to end an agonizing 29 years of waiting to win a Premier League title. After this weekend’s matches in fact, Liverpool are now five points ahead of City.

Last season we witnessed why the gods don’t want Liverpool to clinch the status of English football’s best. Liverpool actually missed out on Premier League glory having finished only one point behind Manchester City. And they got 97 points…yes you heard that right…97 POINTS!

Now, with how things are shaping up, the Reds fans will be rubbing their hands at the prospect of their side breaking the Premier League jinx.

On a negative note, Liverpool’s most famous and loved player Steven Gerrard remains famous for THAT slip against Chelsea in 2014. And that was the episode which actually lost the title for the Reds.

However, it was Klopp’s arrival at Anfield just after in 2015 that had given start to the turnaround for the Reds. The German developed some average players into world-class individuals and these include the likes of Suarez, Sterling, Coutinho and more recently van Dijk, Salah and Mane.

Klopp has a great depth in his squad and that will be vital when it comes to the other competitions throughout the season.

Liverpool have won all their five matches since the start of the season. They are also the first Premier League side in history to lead by five points after just five games. That’s possibly another reason for Liverpool fans to get extra excited and honestly, we can’t blame them.

What’s different with respect to last year is the fact that Klopp’s side are no longer the underdogs but they are now front-runners for the title. It is still unthinkable, however, for City to be considered out of the title race already. It seems that the majority will still think they will not be able to pull another comeback like the one from last year.

Having said that, despite their first Premier League defeat since January, Manchester City will still be a big challenge for Liverpool in their quest for the first league title. It will surely be interesting to see how the title race unfolds in the future. 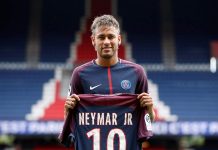