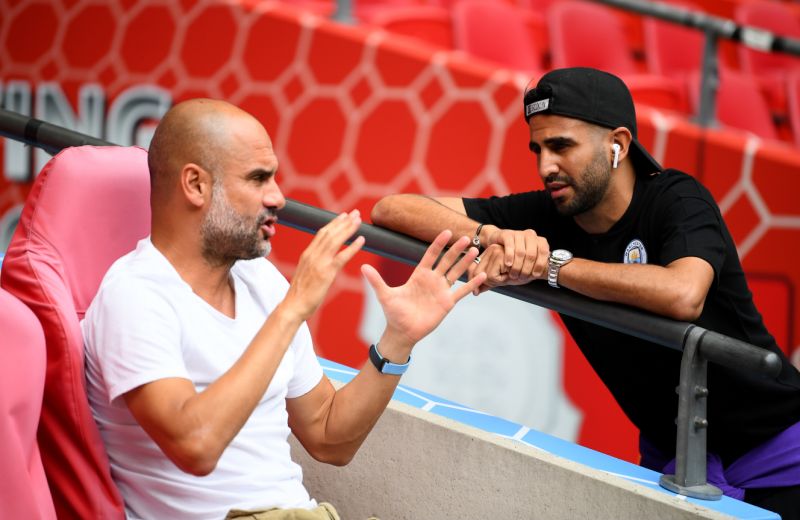 The Algerian winger could be forced to miss out on the opening league fixture with Manchester City after taking unspecified medication.

Algeria have claimed that Riyad Mahrez’s doping issue is only a “non-event” after the forward was left out out the squad for the Community Shield match at Wembley against Liverpool.

The 28-year-old winger was part of the Algeria squad which won the African Cup of Nations this summer at the hands of Senegal. Mahrez took medication to help him with a sinus problem.

“This is a non-event from the moment the player took the medications after the Africa Cup of Nations,” said FAF.

“It is a problem for Manchester City.”

The Citizens have already said that there is “no issue” around their player and that the only reason he was left out of the squad was simply because of the possibility that Mahrez could have fallen foul of post-match doping tests.

Guardiola said he was left out of the squad because of the “risk”, as it is unknown what medicine Mahrez took and what it was for.

“The doctors did not have exactly the medicines,” Guardiola said after the match.

“We don’t have what he took. That’s why, for doping control, today was a risk because the doctors didn’t have it. That’s why he wasn’t in the squad to play some minutes.

“Hopefully he will be back next game against West Ham and in the future, everything will be normal.”