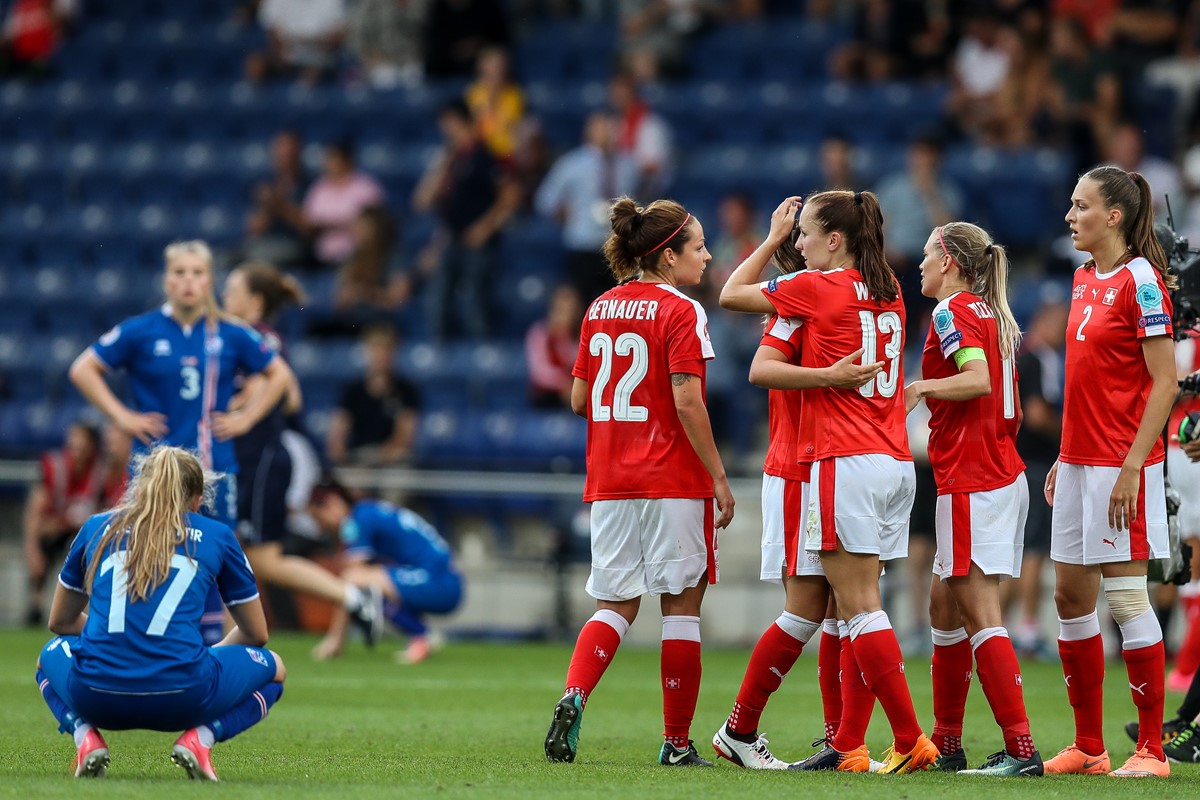 It was an evening of contrasting emotions in Group C following yesterday’s Women’s EURO 2017 matches. Switzerland celebrated their first ever EUROs win. Iceland had to face the reality of getting knocked out in the second round of matches. Austria were over the moon after earning a point against the team tipped to finally knock Germany off their throne. France looked disappointed that they could only muster a draw.

For the neutral supporter, this was a great day of football. Both matches were played at high intensity. They offered endless emotions. Loads of goal-scoring opportunities. A string of good saves. Yesterday’s matches were proof that women truly can play high-level football!

As the teams lined up at the Stadion De Vijverberg in Doetinchem, the 2nd round of Group C games were set to kick-off. What followed was over a hundred minutes of intense, end-to-end football. Iceland took on Switzerland, with both teams in search of a win in view of their previous results. In their 1st matches, both teams lost to France and Austria respectively. Whilst both teams were on form, the number 10s stole the show. In fact, both Iceland’s Dagný Brynjarsdóttir and Switzerland’s Ramona Bachmann were involved in their respective teams’ goals. Brynjarsdóttir delivered a perfect defence-splitting assist for Iceland’s lead. Bachmann replied with an assist for the equaliser, and followed that up by scoring the winning goal. The Swiss forward, who signed for Chelsea at the start of 2017, was given the Player of the Match award.

The four FC Zurich players who are expected to line-up against Birkirkara WFC in the Women’s Champions League qualifiers all started on the bench. Fabienne Humm was the only player who actually made it onto the pitch. She came on as a 76th minute substitute for Vanessa Bürki. The other FC Zurich players, Seraina Friedli, Caroline Abbé and Sandrine Mauron, all watched on from the sidelines.

The match that had it all…

Both teams left it all on the pitch. In my opinion, Switzerland were slightly better than their opponents. All in all though, it was a cracking game! Both teams charged out of the gates. Tackles were flying in, and Swiss captain Lara Dickenmann was cautioned after just 7 minutes. All signs were indicating that this was going to be a match full of emotions.

The intensity with which both sides were playing meant that they were cancelling each other out. Whilst the tempo was high, the goal scoring opportunities were minimal. Just after the half-hour mark, the game finally got the goal it deserved. Brynjarsdóttir collected the ball, and quickly switched play to set up Fanndís Fridriksdóttir. The Icelandic number 23 remained cool, calm and collected, as she hit the ball low with her left foot to beat Gaëlle Thalmann. The stadium erupted in celebration, and the scenes on the Icelandic bench showed just how much that goal meant! Skill, determination, and a touch of luck, earned Switzerland the draw two minutes before the end of the 1st half. A looping ball in was met by Bachmann. She took on Sif Atladóttir in the Iceland penalty area. The Icelandic defender pulled out of a tackle, and this allowed the Swiss number 10 to pass to her captain. Guðbjörg Gunnarsdóttir rushed out to block the shot, however the goalie’s touch on the ball took out her defenders behind her on the line. 1-1 just before half time! This was Switzerland’s first-ever goal at a Women’s EURO finals!

In the 52nd minute, a series of good one-touch passes outside of the Iceland box…
The ball was played out wide to Noelle Maritz. She delivered the ball into the small box. Bachmann, unmarked, stooped low to head the ball past Gunnarsdóttir. Switzerland had turned the game on it’s head! Play was stopped for a long period in the 56th minute. A clash of heads between Thalmann and Gunnhildur Jónsdóttir saw both players needing medical treatment. The Verona keeper took the brunt of it. Due to a nasty cut on her forehead, she had to be bandaged up well. In true women’s football spirit, she insisted on playing on. The medical team cleared her to play, and Thalmann soldiered on. The injury eventually led to no fewer than ELEVEN minutes of injury time given. This lead to an onslaught by Iceland, and a couple of danger counter-attacks by the Swiss.

Iceland could not break through. The final whistle blew to the delight of the Swiss fans. The contrasting emotions were evident. The eventual draw between Austria and France means that Iceland, like Italy, are knocked out mathematically. Switzerland on the other hand need to beat France to qualify.

Before the start of the tournament, I had predicted that France will topple Germany to win the EUROs. However, following a late penalty 1-0 win over Iceland, and a 1-1 draw against Austria, France need to up their game.

Sure, they dominated the game overall. France enjoyed two-thirds of the game’s possession. They had 594 passes against Austria’s 180. They had no fewer than 19 attempts at goal. However, as was evident, France are lacking that finishing touch. If they are to live up to their favourites tag, they have to improve!

Austria went ahead with a shot from the edge of the box by Lisa Makas after 27 minutes. They held on to their lead as both teams were off to their dressing rooms for the half-time break. In the 2nd half, France pushed forward even more. Austria keeper Manuela Zinsberger went from villain to hero. First she misjudged a corner in the 51st minute to allow the French equaliser. Amandine Henry headed in to equalise. Zinsberger made up for her error shortly after. Henry angled in a swerving shot from the edge of the box. Zinsberger left her feet to pull off a great diving save, palming the ball on to the bar.

The match finished at 1 goal apiece, leaving both teams level on four points at the top of Group C. Underdogs Austria were visibly the happier team, celebrating enthusiastically. The Fench players hung their heads, clearly disappointed that they failed to win the match. Overall, it was a great day for women’s football, in a day of contrasting emotions. 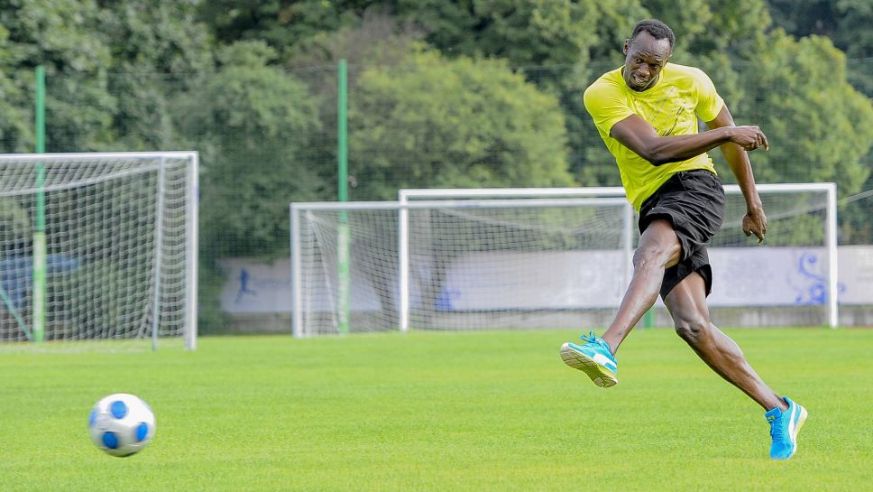