Where will the ‘Special One’ end up next?

The outspoken Portuguese’s dismissal from United means one of the most coveted and high-profile positions in world football is suddenly up for grabs. However, following all the controversy this season, who would actually want him?

One of the most successful yet controversial coaches in football today is now free to move, and the following are a few options which could suit him:

A move to Molineux is not as unlikely as it may seem. In 2016, Mourinho’s agent began working as an advisory and since then a succession of Mendes’ clients have ended up at Molineux. However, it’s safe to say Mourinho would need some convincing since it is likely the Portuguese would see it as a step-down.

His appointment, however, would certainly make it even easier for Mendes to attract even bigger names to the club. After all, his Gestifute agency lists the likes of Cristiano Ronaldo, Saul Niguez, James Rodriguez, Diego Costa, Angel di Maria and Concalo Guedes.

Monaco has been struggling this season. They are currently 19th in the league and knocked out of all European competitions. The Monaco hierarchy will be looking to make some changes to re-establish their presence in the league. Jose Mourinho may be a potential solution.

Monaco have been under Portuguese management in the past as Leonardo Jardim steered them to a league title in 2017. Their style also resembled the style of Mourinho – showing a glaring resemblance to the 2004 Champions League winning Porto.

Bayern Munich have not had the best of starts this season under Niko Kovac. They have won the last six Bundesliga titles but they now sit third in the table and nine points behind Dortmund.

The Bavarians have lost just one of their last 13, but a bad run of results could see them looking for an aid to restore their standard as a European super club.

Mourinho has been successful in Portugal, England, Italy, and Spain, so the chance of adding Germany to that list could help attract him to the Allianz Arena.

Bayern already comprises an established and well-known starting eleven, and they definitely have the resources to back any future transfer plans.

Rumour has it that Real Madrid president Florentino Perez reportedly wants Mourinho to return to the Bernabeu. Despite his ill-fated spell in Manchester, the Portugues is still welcome.

Mourinho spent three years in Madrid from 2010-2013. He guided them to one La Liga title, and one Copa del Rey triumph so it is likely Perez believes that Mourinho can resolve their problems and revitalise the club. Although, Mourinho has fallen out with Iker Casillas, Sergio Ramos and Marcelo during his time in the Spanish capital which in turn created a toxic environment and inevitably led to his departure. Ramos and Marcelo would not be as receptive to the idea of Mourinho’s return.

Nonetheless, the trigger-happy Spanish giants would not hesitate should Mourinho indicate his willingness to return.

The Italians have been linked with Mourinho in recent days following missing out on qualification for the Champions League.

Luciano Spalletti is still in charge, but there were doubts about his long-term commitment even before his side made a complete mess of qualification for the last 16 of the Champions League by being held at 1-1 at home to PSV last week.

A return to San Siro would be beneficial for Inter as Mourinho loves Inter and the fans love Mourinho.

The Corriere dello Sport summed the situation up nicely on Wednesday morning with their front-page headline: “Mourinho chased out by United and becomes the dream for Interisti”.

Inter are currently in possession of Juve’s former transfer market guru Beppe Marotta and the pair could conceivably form a partnership capable of knocking the Bianconeri off their perch. 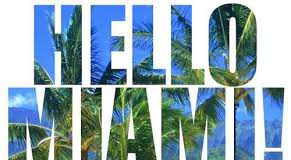 Miami will end up being sued by local residents over 2019...